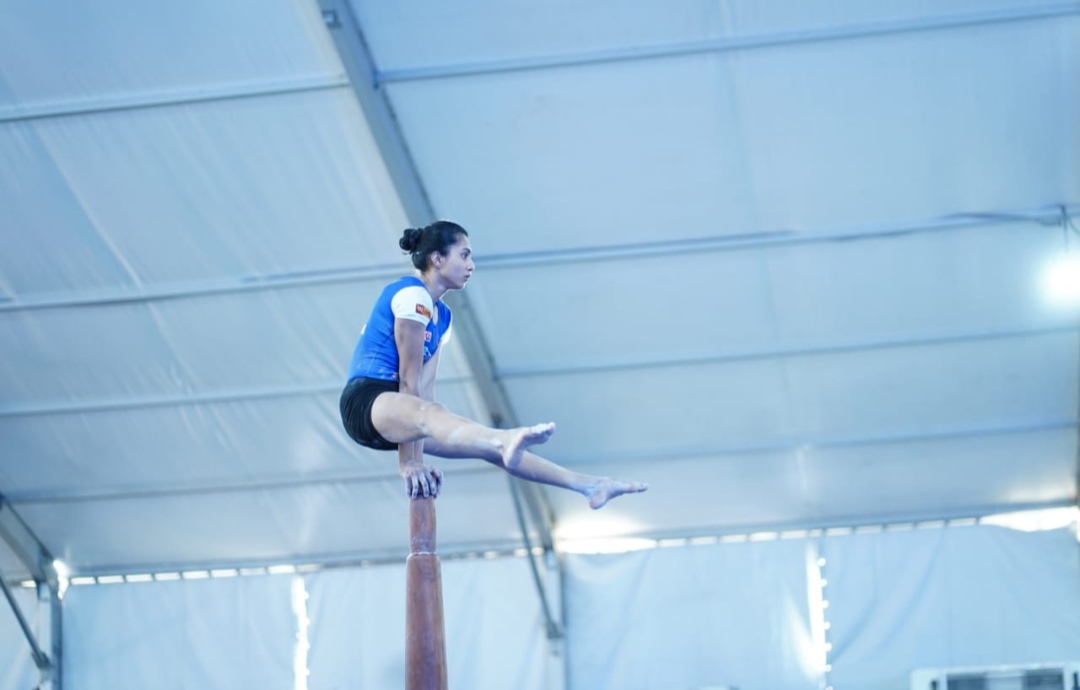 Panchkula, June 9: Haryana picked up a stray gold each in weightlifting and shooting to negate Maharashtra’s success in athletics in the Khelo India Youth Games here on Thursday.

Their two triumphs more than compensated for Maha’s three in sprint and two in swimming to keep them ahead with 33 gold, 27 silver and 36 bronze.

The defending champions had 31 gold, 28 silver and 23 bronze in their kitty to stay in second position.

The day, however, belonged to Maharashtra’s sprinters, who sped to three out of four gold for an impressive haul of eight gold, three silver and a bronze in track and field over the last three days.

Sudeshna Shivankar was their star, clinching the Girls 200m gold, well ahead of state-mate Avantika Narale to complete a hat-trick of sprint titles. She had run away with two gold earlier, first in the 100m and then in the 4x100m relay to underline her supremacy.

Aryan Kadam (21.82 seconds) bagged the Boy’s 200m title while the quartet of Riya Patil, Pranjali Patil, Vaishnavi Kature and Shiveccha Patil sped away to the 4x400m gold. They clocked 4:02.76 and trumped second-placed Punjab by over 50 metres.

At the time of writing, Annya Wala and Apeksha Fernandes raced to gold in the 400m freestyle and 100m butterfly at the War Heroes swimming pool.

Madhya Pradesh’s Arjun Waskale also completed a double, annexing the Boys 3000m title in 8:37.62 after his exploits in the 1500m on the opening day of the competition.

Elsewhere, Punjab set up a summit clash with Uttar Pradesh in the Boy’s hockey final. Punjab hammered Jharkhand 3-0 in the first semifinal while Uttar Pradesh got the better of Odisha 3-2 in a close encounter.

UP captain Sharda Nand Tiwari scored the winner three minutes from time with a drag-flick after Odisha had fought back to level the scores four minutes into the start of the second half. Arun Sahani had scored a brace to put UP ahead by the 17th minute.

The hosts’s saviours were Ramita, who overcame Rajasthan’s Devanshi Katara 17-15 in the 10M Girls air rifle gold medal clash and Ashish, who lifted a total weight of 301kg in the 102+ kg.

Haryana stayed on course for a gold medal in Girl’s hockey too as they got the better of Jharkhand 3-2 in the second semifinal.

They will now take on Odisha, who hammered Uttar Pradesh 6-1, in the final.