Srinagar, October 14: Both the matches played in the ongoing Khyber Milk Premier Football League were drawn on Thursday at TRC Turf, here.

As the play started, the Avengers made a move to breach the defence lines of SCFA  and Kelvin put his team ahead in 16th minute of the match by scoring a goal. The lead gave a huge boost to the KAFC players and they kept attacking the opposite goal post frequently and they succeeded to consolidate their lead in 26th minute through Saqib.

First half ended with 2:0 in favour of KAFC. As the second half began, SCFA players were desperate to score and they launched several attacks on the opposite goalpost. Ali of SCFA managed to score a goal in 65th minute of the play and it opened up the match. The rest of the play was high speed football from both the teams as SCFA tried their best to score an equaliser while KVFC were trying to score third goal. When it looked the match will end 2-1, SCFA team managed to level the score in 69th Minute through Parvez.

Right from the start of the match both the clubs made certain culculated moves at each others goal . It was in the 8th minute of the Ist Half that Food & Supplies XI took the lead by scoring a goal. Trailing by one goal Arco Fc tried hard to equalize,  but could not find the net in the First Half. The Ist half score was 1:0 in favour of  F&S XI. In the 2nd half Arco FC tried very hard to find the net  and they creat various chances to score but they failed. In 89th minute Arco FC leveled  the score through Nayeem Ahmad. Thus the match ended with 1:1 goal draw.

Aijaz of  F&S XI was declared as man of the match.

The tournament is organized by J&K Football Association in collaboration with J&k Sports Council. 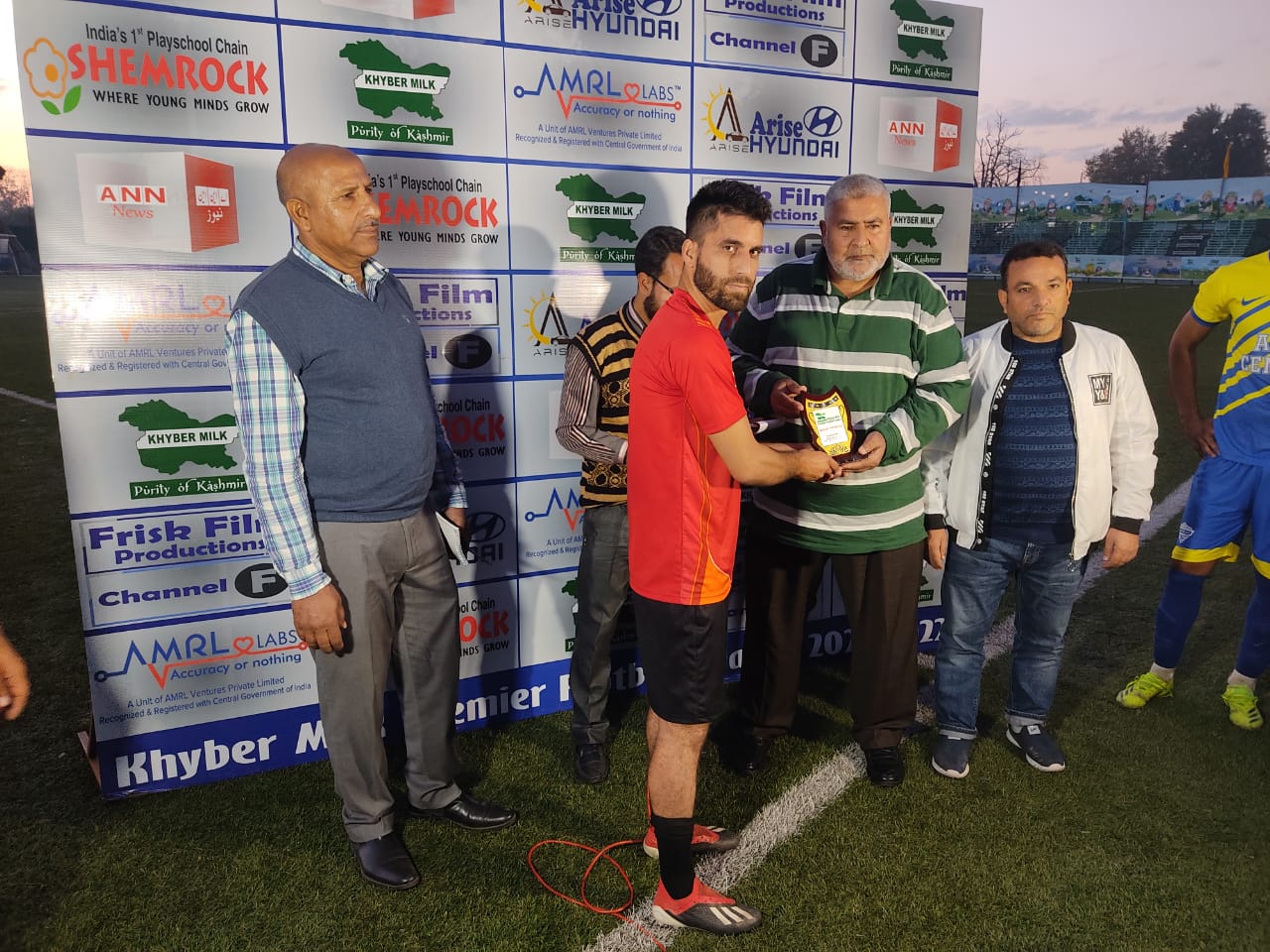