In the ongoing Khyber Milk Premier Football League 2021 Two matches of Premier Division were played today the 15th of Oct 2021 at Synthetic Turf TRC Srinagar. The Tournament is being telecast live for the first time by Frisk Film Production on ANN News Channel.

First match of the day played between J&K Police XI and J&K Forest XI. The match started with an aggressive note with both the teams trying hard to score. The first half seemed  to be virtually dominated by J&K Police XI.. They made certain brilliant moves at the Goal but their attempts were foiled by Forest Goalkeeper,  who made some beautiful saves. In 42th minute Faisal of J&K Police opened an account for his team .Ist half score was 1:0. In favour of JK Police XI. After the breather J&K  Police players swung into action and created problems for J&K Forest XI & succeeded in converting 2nd  goal through Nainjoot in 46th minute.  Trailing by two goals, the Forest players launched counter attacks, and they succeeded to find the net in 48th minute through Javed Hussain. In 65th & 83rd minute Faisal of J&K Police XI scored back to back  two goals.

J&k Forest XI  made certain brilliant attacks but failed to find the net. In 94th minute Referee awarded a penalty against J&K Police XI, & Forest Player Ashiq Muhtaq made no mistake to net the ball. The match ended with 4:2 infavour of J&K Police.  Faisal Rasheed was awarded man of the match  for his best performance and scored Ist Hatric.

The 2nd match was  played between Ag’s XI and Ali Jana FC. As the match started, forwards of both the teams started attacking other’s goalpost to seize an early initiative,  but no one able to score in the first half. The 2nd half started with an aggressive note and both teams trying to find an opening. In 45th minute  Ag’s XI succeeded in scoring a goal through  Hanan. Ali Jana FC  exhibited quality Football and made some good moves on the opponents goal but they failed to find the net for an equaliser. The match ended with 1:0 infavour of  Ag’s XI.. Shahnawaz Bashir of Ag’s XI was declared Man of the match

The Tournament is organized by J&K Football Association in collaboration with J&k Sports Council. 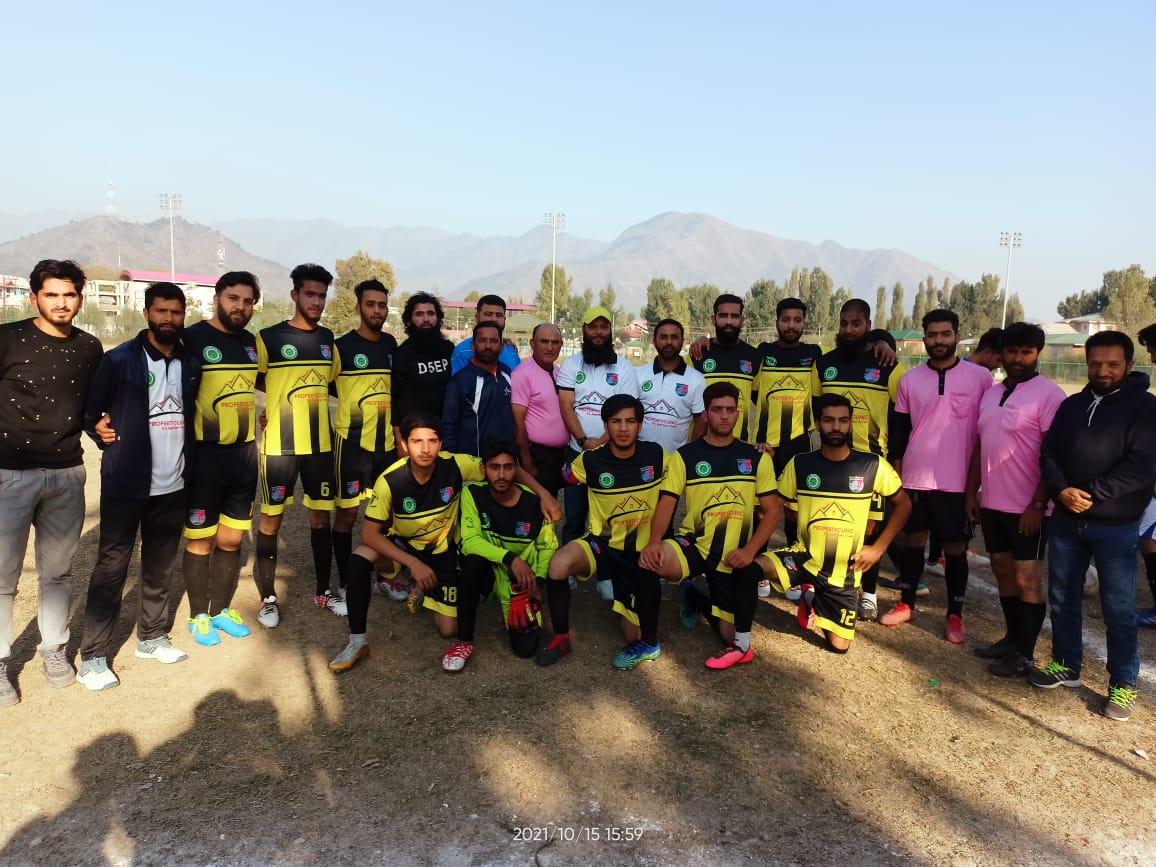