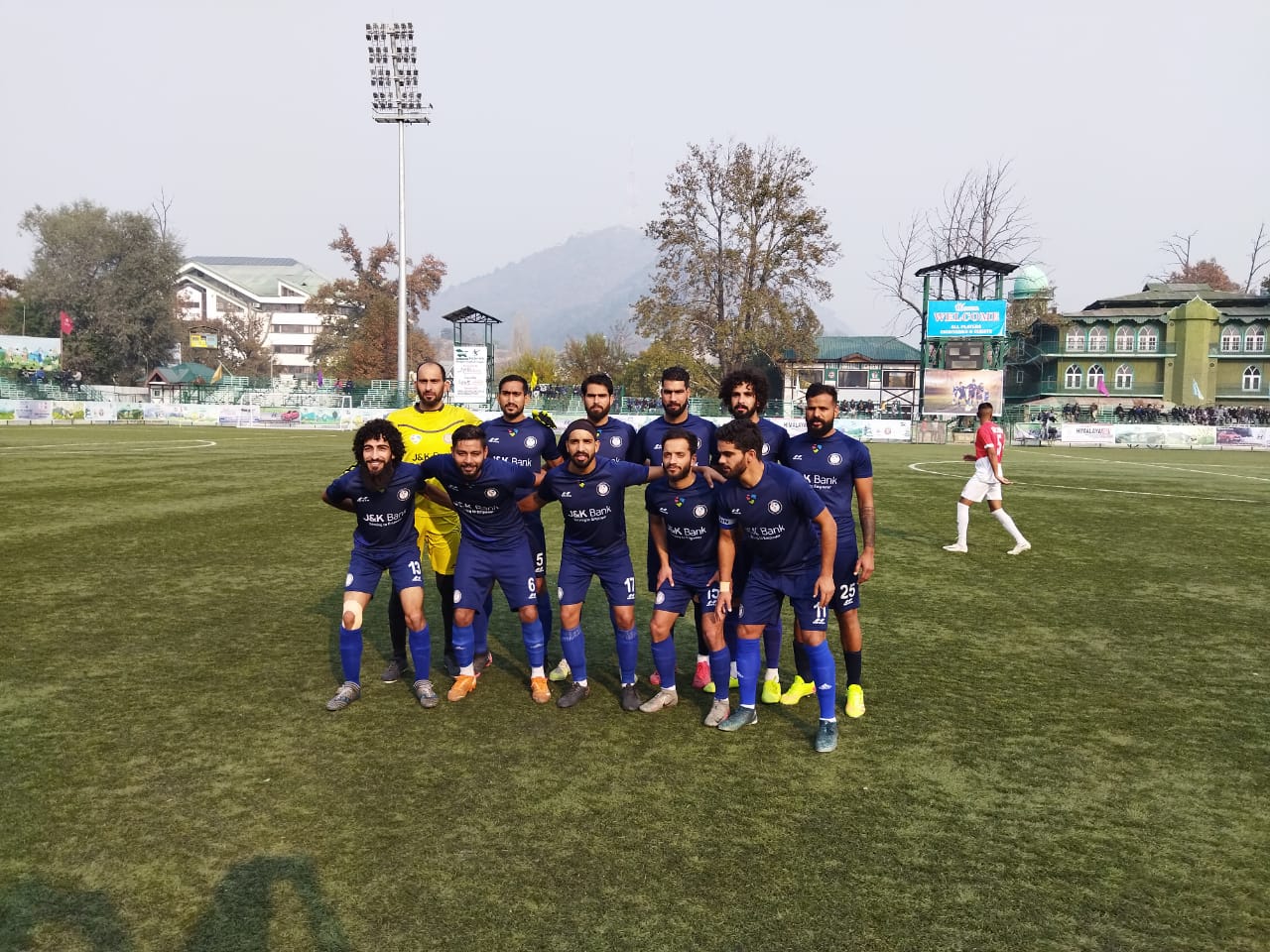 Srinagar, November 8: Aakif Reshi and Furqan were on target while as Farhan Ganei shined throughout as J&K Bank booked its place in the final of Khyber Milk Premier Division League.

Earlier both the teams failed to find the net in the first half. As the second half began, J&K Bank launched several attacks on the opposite goalpost.

In the 50th minute Aakif of J&K Bank scored all important goal for his team. After trailing by one goal J&K Police players launched several counter attacks, but the goalkeeper of the Bank team ensured no damage was done.

In the dying moments Furqan of Bank team doubled the lead by scoring another goal. When the Referee blew the whistle, the score line read 2:0 in favour of Bank Team. Farhan Ganai was declared Man of the Match.

In final J&K Bank will clash with Kashmir Avenger FC.