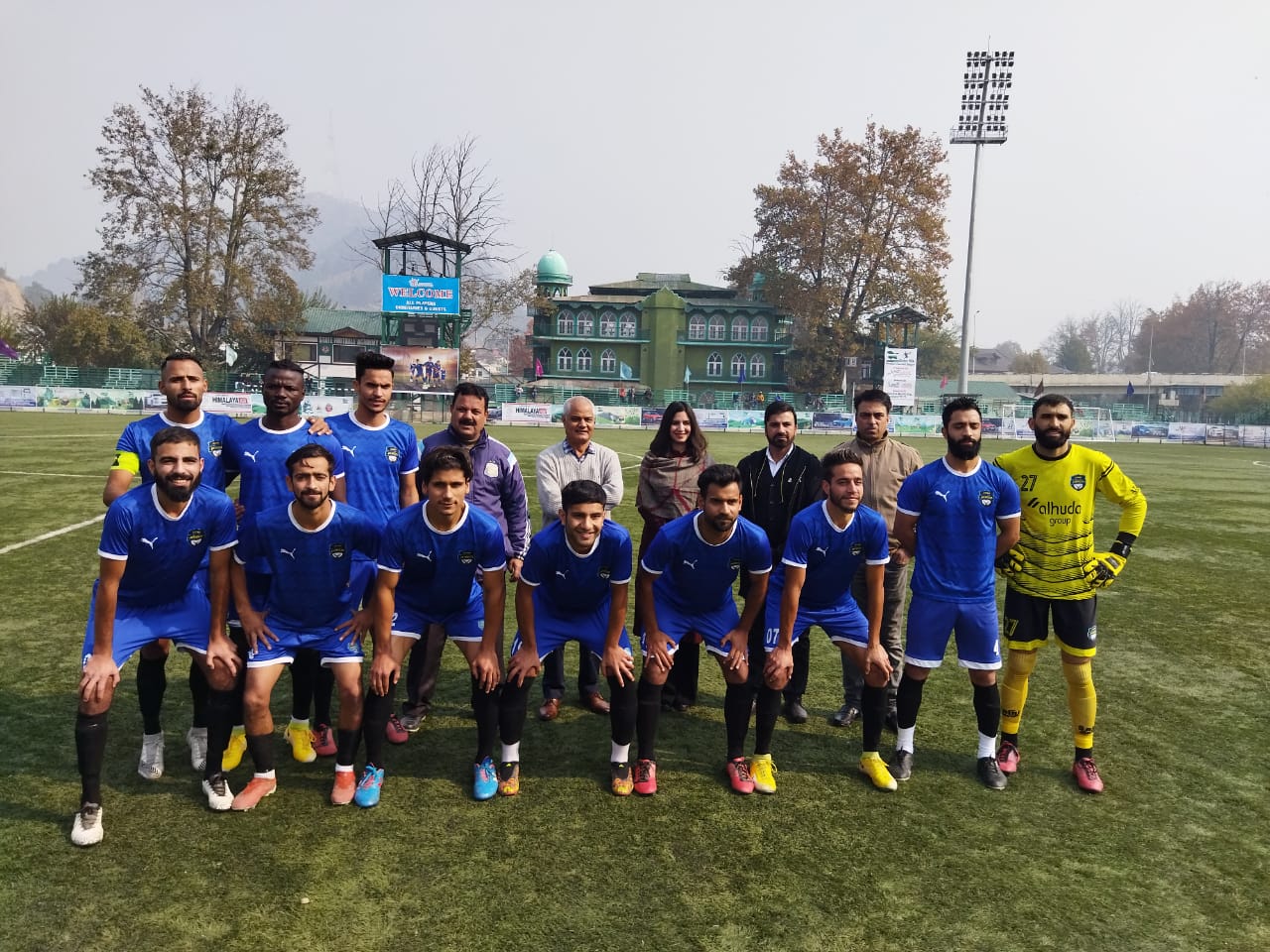 In the first half of the match, the forwards of both the teams missed several scoring opportunities. The defenders, especially both the goalkeepers, ensured that the first half ends goalless.

The second half, like the first, also started with both the teams desperate to score. However, the forwards of the two minutes were unable to breach the defence lines of each other and it looked that the match may end in a goalless draw.

However, with time running out, the Kashmir Avenger FC went for an all out attack and they were rewarded in the 55th minute of the play when Kelvin scored the first goal of the match. Trailing by a goal, Ag’s XI counter attacked. But they couldn’t breach the defence line of KAFC. In the last minutes of the match, Moses scored another goal in 75th minute for KAFC and virtually sealed the fate of the match in their favour 2:0 Goals.

Liyaqat of Kashmir Avenger FC was declared as player of the match for his brilliant performance.