Srinagar, April 7: Union Minister for Youth Affairs and Sports, Kiren Rijiju as per reports is scheduled to arrive in Kashmir on April 9 to inaugurate Centre for Sports Excellence (CSE) for Water Sports at Manasbal and Dal Lake.
As per report , Rijiju during 2nd Khelo India National Winter Games held in Gulmarg in February had announced that he would be coming to Kashmir again to inaugurate CSE for Watersports. The state of the art National level coaching centre would be established in the sports disciplines of Rowing, Kayaking and Canoeing. While Rowing centre is likely to be established in Manasbal Lake, the Kayaking and Canoeing centres are going to be established in Dal Lake.

As per scheduled programe Union Minister would be arriving in Kashmir on April 9. On the same evening he is scheduled to meet meritorious sportspersons at function in a local hotel in Srinagar.He would be witnessing various events on April 10 apart from inaugurating the Centre for Sports Excellence (CSE). He would be departing on April 11.

On the occasion Rijiju is also going to witness under lights all legends football match at Synthetic Turf TRC ground. The match would be organized by J&K Football Association and two teams, Kiren Rijiju-XI and Farooq Khan-XI would be clashing against each other. The teams had been named after Union Minister and Advisor to Lt Governor J&K Farooq Khan respectively. On the occasion Rugby match would also be held apart from various cultural programs.

To finalize the arrangements, J&K Sports Council held meeting of all stakeholders in Srinagar on Tuesday , April 6 in which various issues regarding holding of events were discussed.
“Union Minister is coming to Kashmir on April 10 to inaugurate the Centre for Sports Excellence (CSE) which would be funded by Sports Authority of India. During the inauguration demonstration of various watersports disciplines would be given at Nehru Park. Football match involving former players and Rugby match would be held at Synthetic Turf TRC Stadium Srinagar. We will also be holding cultural programs on the occasion,” said Sports Council official.
“We have been tasked with the conduct of football match involving former players. The teams would be named after Union Minister and Advisor to Lt. Governor J&K Farooq Khan. For the conduct of the matches we have stepped our efforts and are asking taking the consent of former players,” report quoted JKFA official as saying. 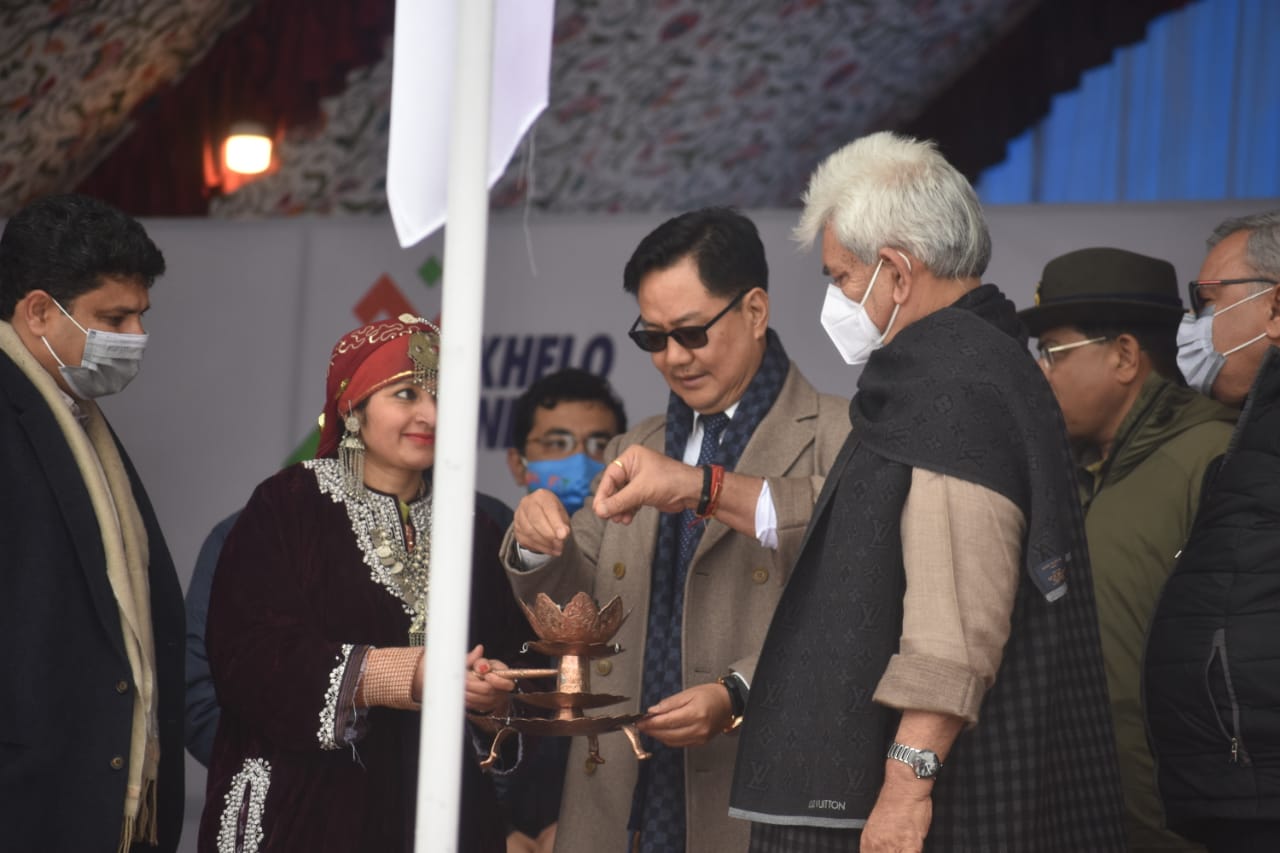