Gurgaon, January 15: Dadoo Sultans on Saturday defeated Ganderbal Gymkhana by 6 wickets to qualify for the grand finale of Kashmir Super League, thanks to contributions from Jehangir Lone and Auqib Nabi.

Earlier, after winning the toss, Ganderbal Gymkhana elected to bat first but the decision backfired as they only managed to score 106 in their alloted 20 overs. Auqib Nabi bowled a brilliant spell of bowling, bagging 4 wickets.

Chasing the small target of 107, Dadoo Sultans were reduced to 38/4 in 7 overs but the duo of Nadeem Dar and Jehangir Lone put on an unbeaten partnership of 70 runs to take their team over the line. Jehangir Lone scored unbeaten 36 runs while as Nadeem Dar also played a cameo of 35 runs.

Lastly, Jehangir Lone walked away with the game-changer award for his brilliant batting performance while as Auqib Nabi was declared as player of the match for his breathtaking bowling spell.

Dadoo Sultans will now face Hamdaan Hurricanes in the grand finale of the tournament. 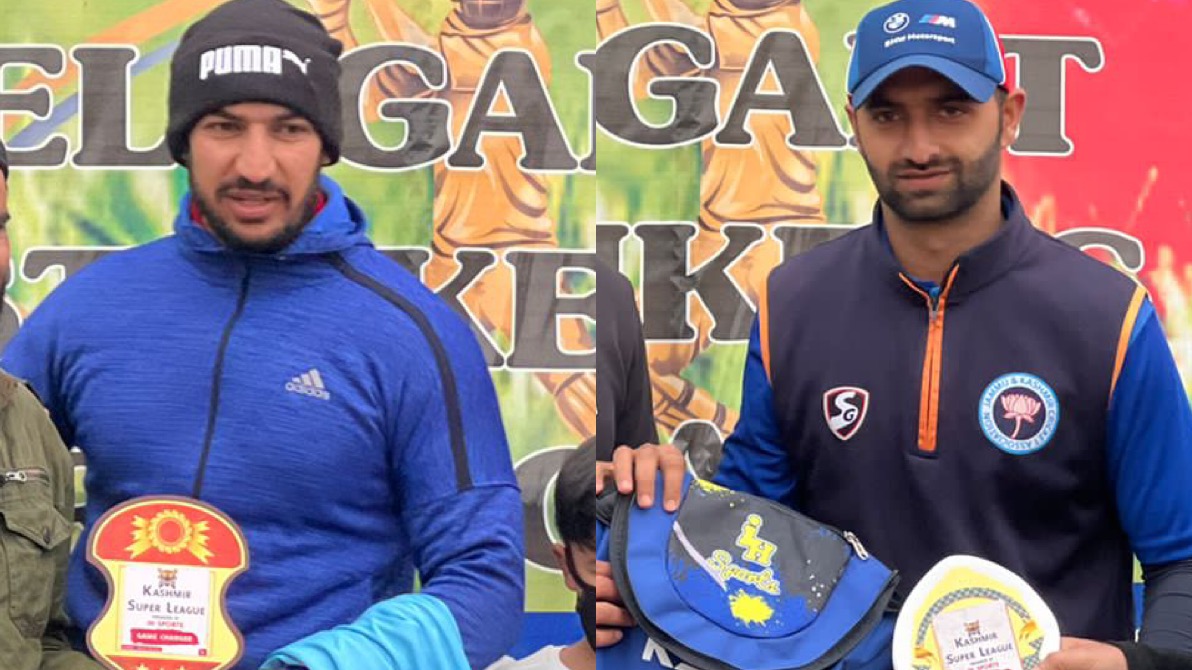