The final was played between teams of Kupwara-B and Sopore-b. While batting first Sopore-B scored 124/9 in 20 overs and while chasing the target Kupwara-B scored 128/3 in 17.5 overs thereby winning the match by 7 wickets. The stunning performance by Shehzad Mohi-ud-din for his 4 wickets was declared as man of the Match.

While addressing the participants, DIG NKR Baramulla highlighted the role of J&K Police in providing platform to youth of the UT in channelizing and honing up their skills and advised the youth to engage themselves in physical and outdoor activities. He also assured the youth of North Kashmir Range about organizing similar events in the future as well.

Its pertinent to mention that during the tournament, two teams each from District Baramulla, Kupwara, Bandipora, PD Sopore and PD Handwara participated. On the basis of performance 30 Players have been selected from the participating teams. Two teams of 15 players each have been constituted out the short listed teams which shall represent North Kashmir Range Baramulla and have been christen NKR Chargers and NKR Defenders. The teams shall participate in the Zonal Level U-19 Cricket Tournament. 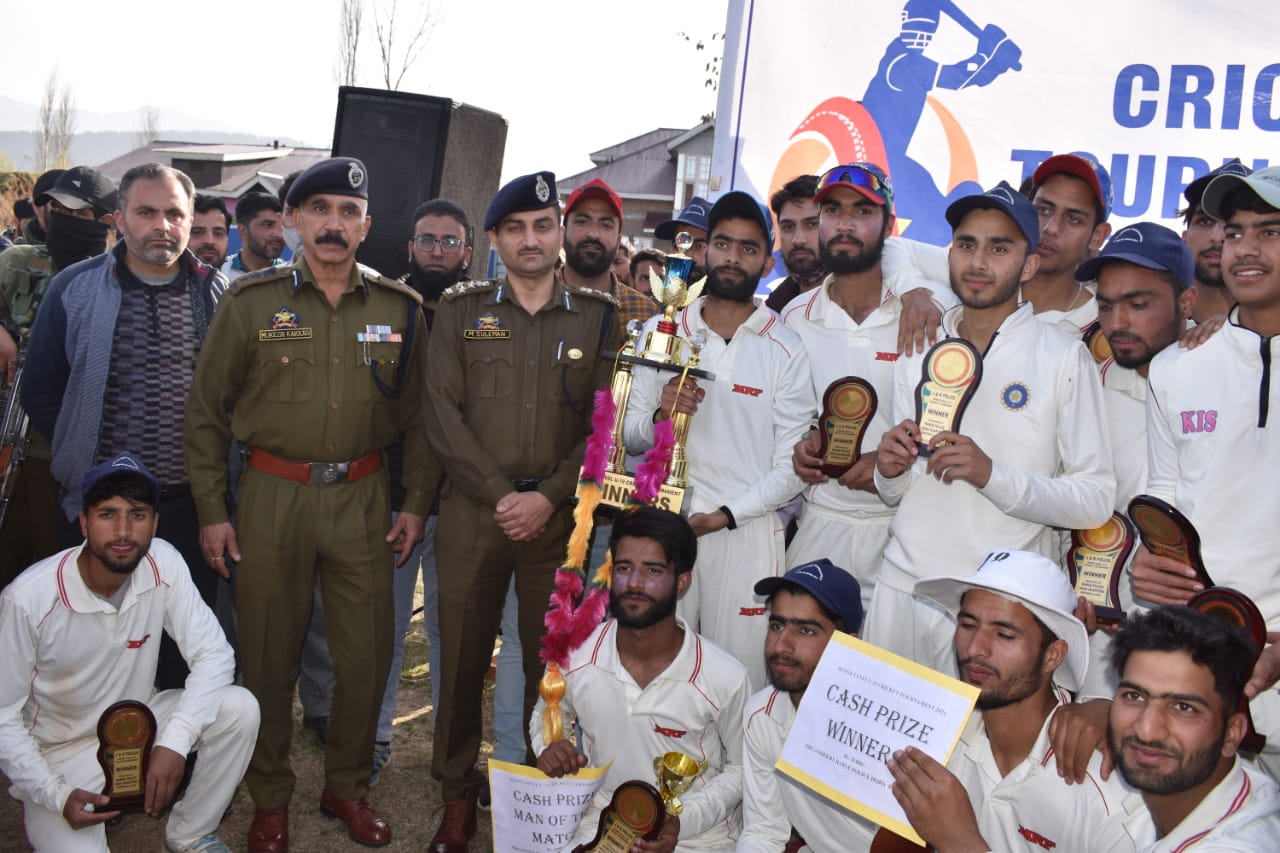