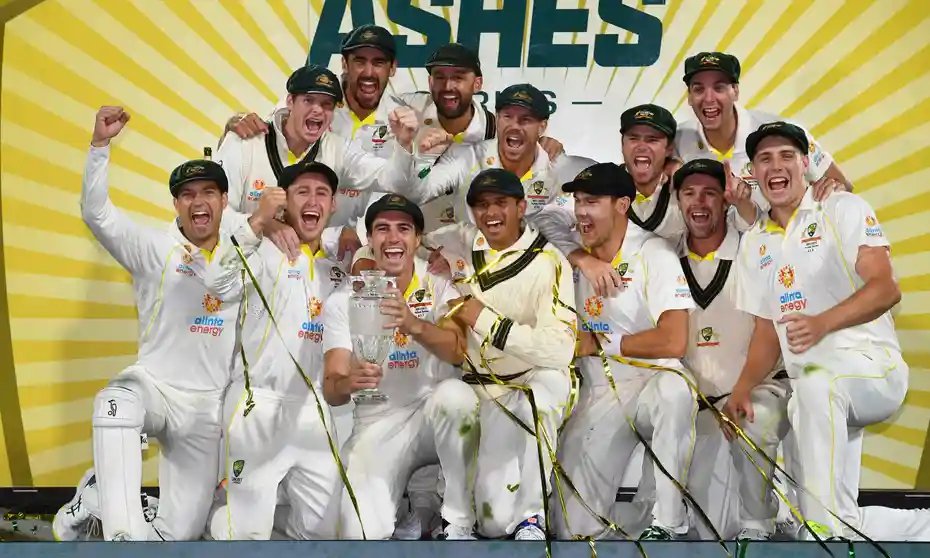 Spraying champagne all around the place is quite common during the trophy celebrations and the Australian cricket team were no different.

But the moment which caught everyone’s attention was Cummins can be seen calling back Khawaja to join the trophy celebrations and stopping his teammates to keep the champagne bottles away. Besides his on-field captaincy during the Ashes, the 28-year-old was praised for his incredible off-field gesture too.

“Usman is obviously Muslim, so he doesn’t like champagne being thrown. I just made sure he got up there and no champagne was thrown,” Cummins told reporters after the match.

“If this video doesn’t show you that the boys have my back, I don’t know what will. They stopped their normal champagne celebrations so I could rejoin. Inclusivity in the game and our values as a sport are so important. I feel like we are trending in the right direction,” Usman Khawaja Tweeted .

Khawaja is the first-ever Muslim to represent the Australian men’s team. He made a stunning comeback in the fourth Test match at the Sydney Cricket Ground (SCG) where he scored centuries in both innings.