BERLIN: Robert Lewandowskihas mocked the Ballon d’Or on Twitter after the Bayern Munich hot-shot finished only 16th in the voting as Cristano Ronaldo won the award for the fourth time.

The Poland hot-shot is one of the world’s best strikers, having scored 42 goals for the Bundesliga champions last season in all competitions, and has so far netted 19 times in the current campaign.

On Monday, Real Madrid’s superstar Cristiano Ronaldo won the Ballon d’Or for the fourth-time with Barcelona’s Lionel Messi second and Antoine Griezmann of Atletico Madrid third in the votings.

Ronaldo capped a dream year when he won the Champions League for the second time in three seasons and then led Portugal to their first major title at Euro 2016. 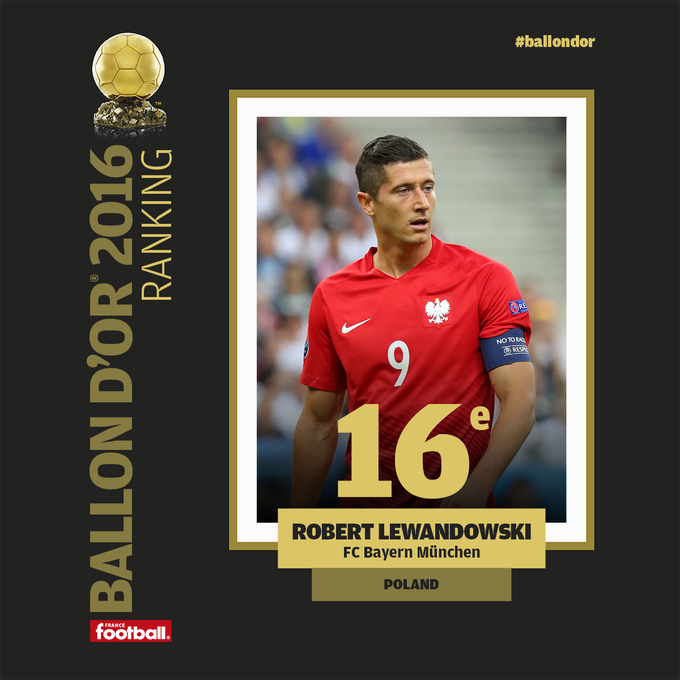 But Lewandowski failed to make even the top ten, according to the 173 journalists from around the world who voted for the award, run by French magazine France Football.

He mocked the award by posting “cabaret” then ‘@francefootball’ followed by pictures of smiley faces crying with laughter on Twitter.
His agent, Mail Barthel, later posted on Twitter “ballondor @fifa @francefootball Experts vote on this or patriots?”.

Lewandowski is neither the highest ranked Bayern player nor Bundesliga star according to the Ballon d’Or voting.