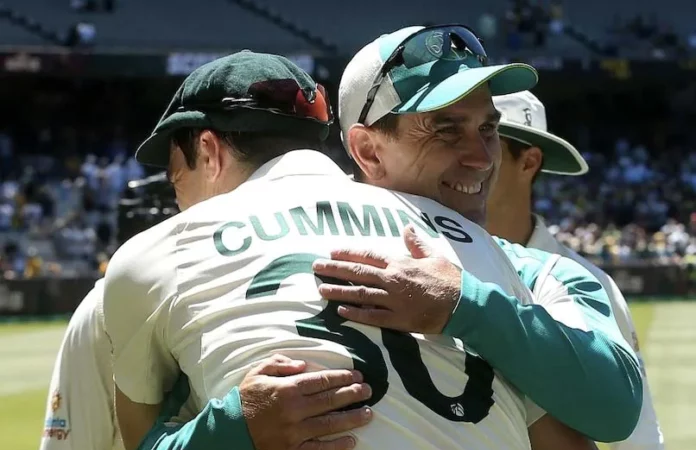 Langer recently resigned from his position as Australia Men’s head coach and Cummins used a statement on Wednesday afternoon to share his thoughts on the former opener’s departure.

“Justin has acknowledged that his style was intense. And it was,” Cummins’ statement read.

“He has apologised to players and staff for his intensity.

“I think the apology was unnecessary.

“Because the players were ok with JL’s intensity.

“It came from a good place – his fierce love of Australia and the baggy green – something which has served Australian cricket well for three decades.

“It’s what makes him a legend of the sport.

“And on behalf of the players, I thank Justin.

“More than that, we owe him a lot and Justin will be a welcome face in the change room in the future.

“So, his intensity was not the issue for the players and the support staff.”

Cummins said it was a brave decision by Cricket Australia to transition to a new coach given the team had won the ICC Men’s T20 World Cup and an Ashes series over the last six months.

“The question is: what is the best style of coaching for the future, given how the team has evolved?” the statement continued.

“We have been very well schooled in how to play cricket in the right way – in the correct Australian way.

“We understand the importance of always playing to the highest ethical standards.

“And the players need no motivation as I’ve never played with more motivated cricketers.

“To be better players for Australia, from this solid foundation, we need a new style of coaching and skill set.

“We welcome that Cricket Australia invited the players and staff to contribute to CA’s evaluation.

“I add that as professional sportspeople we would have accepted any decision CA were to make because that’s what professionals do.

“CA have made a brave call to transition, given the team has been winning.

“Finally, we are custodians of cricket, with one very big thing in common: our first duty is to Australian cricket, which is bigger than any any one of us.

“I take this responsibility seriously. I live and breathe it.

“We also have a duty to our mates.”

Much of the disdain on Langer’s departure was received from a host of his former teammates and Cummins revealed he has spoken personally to many of these.

“Many former players have reached out to me and silently offered me their advice which is welcome,” Cummins added.

“Some others have spoken in the media – which is also welcome and comes from a love of the game and their support of a mate.

“To all past players, I want to say this:

“Just as you have always stuck up for your mates, I’m sticking up for mine.”