Srinagar , April 18: Barcelona finally ended its short trophy draught as they went on to lift the Copa del Rey trophy , thanks to another steller performance from talismatic Lionel Messi.
In the final of the Copa del Rey , Barcelona beat Athletic Bilbao by 4-0 with Lionel Messi scoring brace.
It was first trophy for Barcelona side under coach Ronald Koeman and first since 2019.
Barcelona captains two goals came after Antoine Griezmann scored the opener and
Frenkie de Jong headed in a second goal in the 63rd before Messi dealt a double blow to put the result beyond any doubt by the 72nd.

“This is a very special cup for me to lift (as captain),” Messi said. “It is too bad we cannot celebrate it with our family and fans. But that is the situation we have to accept.”
Joan Laporta, who returned to the club’s presidency last month, Messi should have an easy choice ahead of him.

“Leo is the best player in the world, Leo has deep roots in this club, and I am convinced that he wants to stay,” Laporta said. “We will do all we can for him to stay with us. That is what we most want. And today Messi gave a master class of soccer while being supported by a great team.” 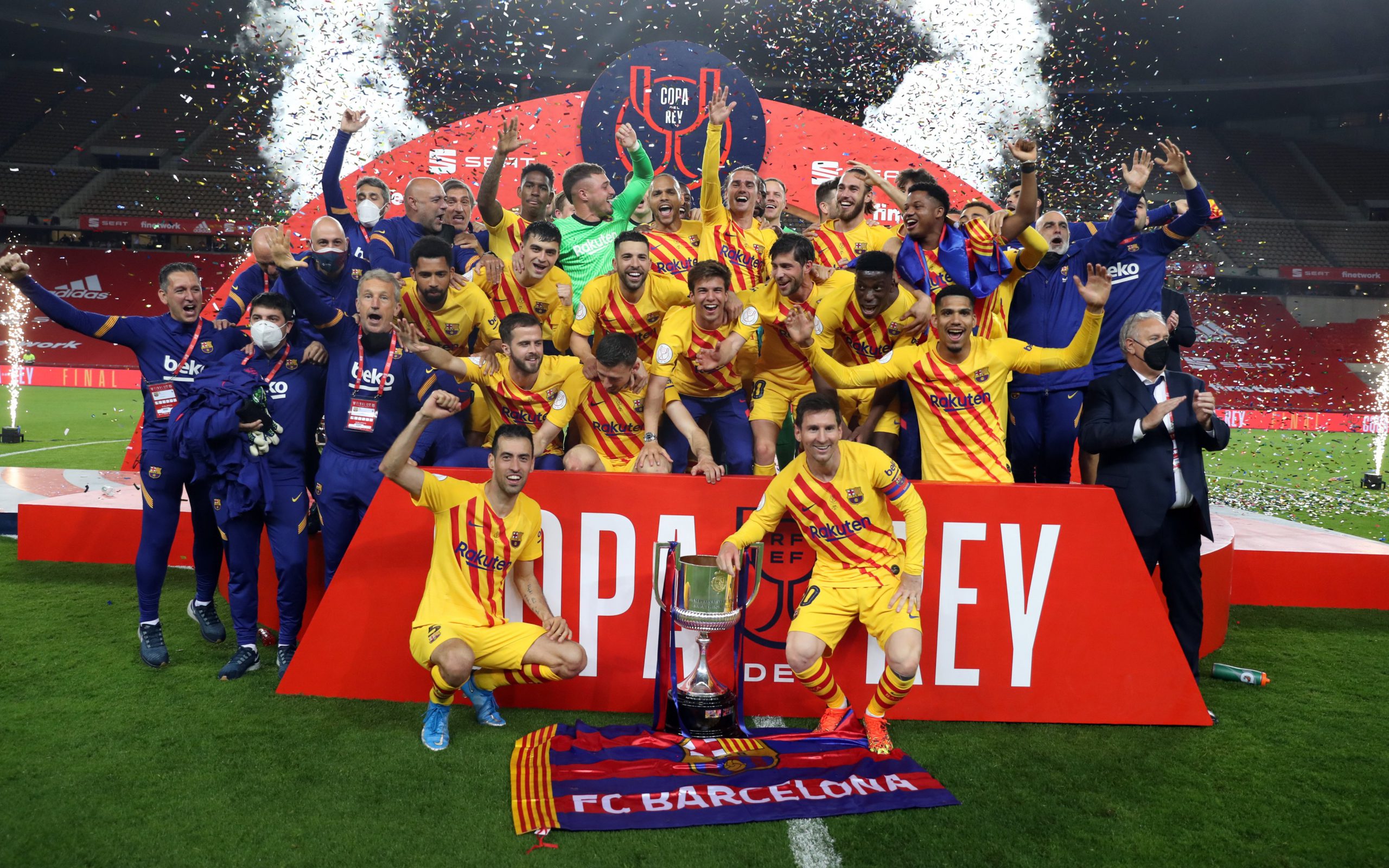