Dubai, January 3: Linton Das (86) and Mominul Haq’s (88) century stand put Bangladesh in control. They were 401/6 at the end of day three with a first-innings lead of 73 against hosts New Zealand.

In a slow-moving first session, Bangladesh managed to add just 45 runs for the loss of two wickets, still 108 runs behind.

Neil Wagner grabbed the crucial wicket of Mahmudul Hasan Joy in the third over of the day with Henry Nicholls snaffling a sharp catch at gully. Joy went for a hard-fought 78 off 228 deliveries.

New Zealand bowlers were relentless, chipping at Bangladesh’s resistance. Kyle Jamieson almost got the fourth wicket but ended up dropping Mominul Haque off his own bowling for 8. Mominul had another reprieve when he edged one to the keeper off Wagner’s bowling six overs later but it was ruled as a no-ball.

Mominul survived but his partner Mushfiqur Rahim (12) was soon knocked over by Trent Boult. Liton Das, walked in just a few overs before the lunch break.

While New Zealand did well to maintain the pressure in the first session, the momentum shifted in the second with Liton and Mominul going strong. Liton was the aggressor, hitting a flurry of fours and even inspired Mominul to break the shackles as well. Jamieson and Wagner, in particular, bore the brunt of this assault.

The host bowlers were left frustrated as the duo added 87 runs before tea break without losing a wicket and trailing by only 21 runs.

Bangladesh continued from where they had left off and pressed on in the first hour after tea to push past New Zealand’s first-innings total. Both batsmen looked set and moving towards their respective centuries as they negotiated the New Zealand pace threat.

Things turned around after the drinks break when Trent Boult was introduced into the attack. He immediately trapped Mominul in front for 88 after the batter reviewed unsuccessfully. The big 108-run stand was finally broken. One brought two as Boult scalped Liton next, who also missed out on a hundred.

Yasir Ali (11) and Mehidy Hasan (20) negotiated the remaining overs in the day without further hiccups as Bangladesh ended day three on 401/6, sitting pretty on a solid lead of 73. 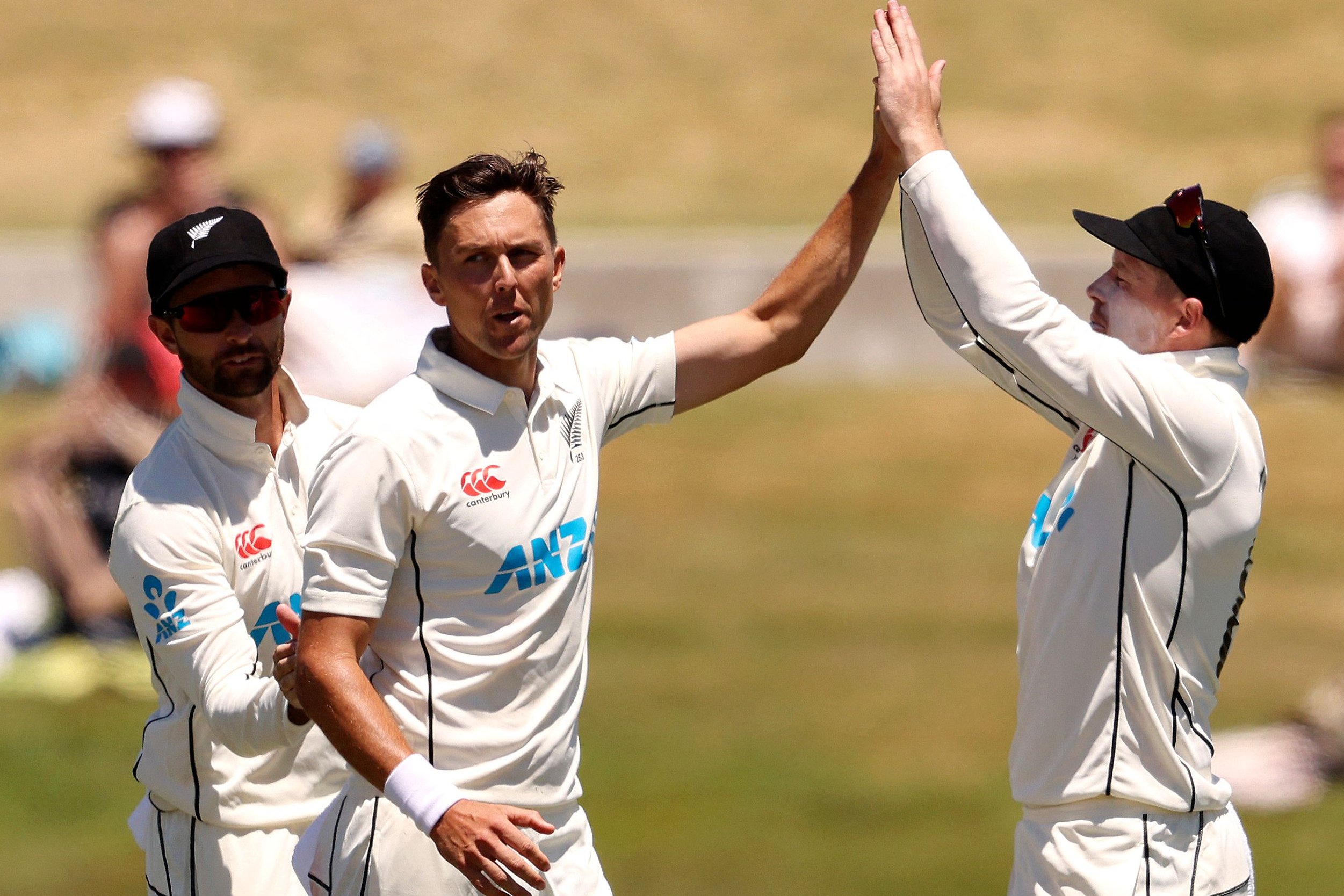