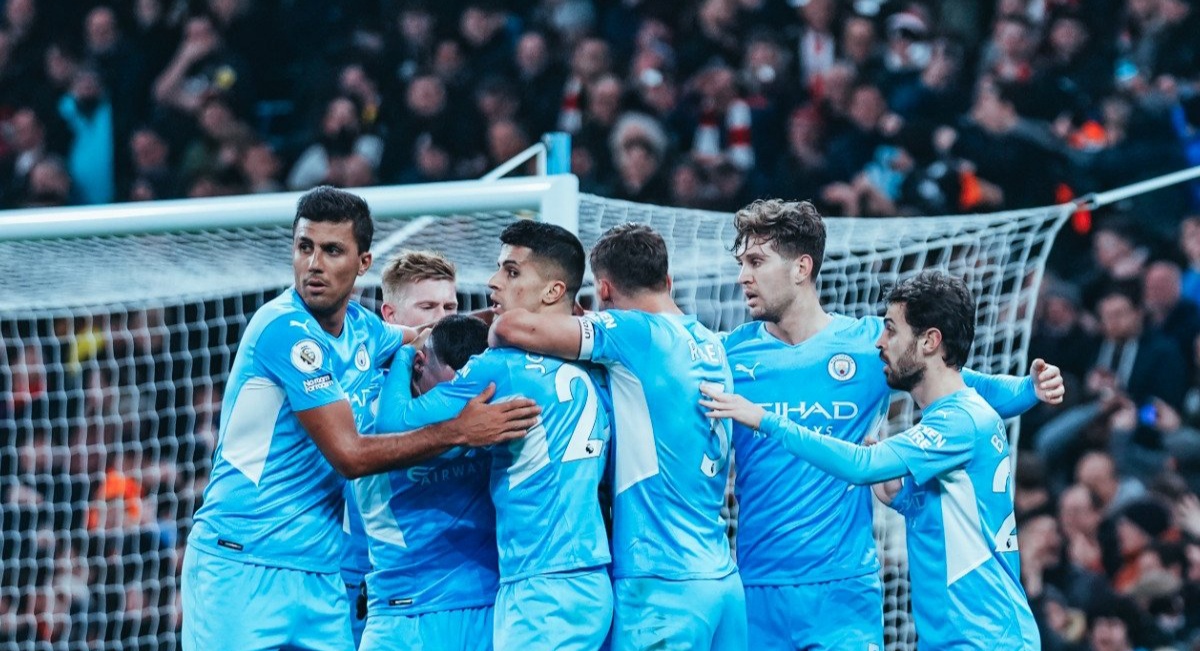 Srinagar, Febuary 10: Defending champions Manchester City are running away in Premier League title race as they go 12 points cleat at the top with a comfortable win over Brentford on Wednesday.

In the match Manchester City beat Brentford 2-0 to strech their lead to 12 points.

Before conceding a soft penalty in 40th minute which Riyad Mahrez converted for Manchester City, Brentford had almost kept City attack at bay.

City remained untroubled after the break and put the game to bed in the 68th minute, with Kevin De Bruyne firing home after a poor clearance from Brentford goalkeeper David Raya.

The rest of the match was a stroll for City as they stretched their unbeaten run to 14 league games, pulling further clear of second-placed Liverpool, who face Leicester City on Thursday having played two games fewer than the champions.

Brentford’s struggles continued after a fifth successive league defeat pulled them closer to the relegation zone. They sit 14th, six points above Norwich City in 18th, having played one game more