Mat-cricket is damaging Kashmiri cricketeters; Turf wickets – the only solution

Srinagar: Jammu and Kashmir has started making its mark in the domestic cricket arena. Cricket is evolving day by day in India, thanks to the cash-rich Indian Premier League (IPL). Since its induction in world cricket, not only cricket but other sports have also got a boost. Now we have separate leagues for kabaddi, hockey, football, etc.

Although J&K might be an exception, sports has got recognition in the country to a large extent. Parents now recognise sports as a career option for their kids, which wasn’t the case earlier. Talking about cricket, our state has also produced some stars in the recent past in the likes of Parvez Rasool, Manzoor Pandav, Abdul Samad, etc. We also have many local bowlers who are serving as net bowlers in the IPL.

Despite this bit of success, the quality of cricket is not up to the level where it should be in Kashmir. The main reason is cricket being played on mat strips. Our players suffer badly on turf wickets, which is the actual basis of playing cricket, mainly because they are too used to playing on mating. Mat-cricket might good in certain ways, bounce-wise for example, it though proves to be costly in our case. We may produce good back-foot players but that does not take away the fact that mat cricket limits your game in terms of shot-play.

Turf wicket behaves differently altogether; it gets slow at times while offers a healthy amount of turn and swing to bowlers as well. A  batter should be smart enough to adapt to turf wickets after playing the cricket of mating, which is the only possible way to excel. However, this adaptibality also requires a lot of practice.

The same goes for our bowlers. Organisers, who hold huge tournaments by fetching money from sponsors and teams, are able enough to prepare a turf wicket but due to some strange reasons, they show reluctance. Cricket should be the priority and the extravaganza. That’s where the role of the Jammu and Kashmir Cricket Association (JKCA) comes into play. It should encourage and guide local organizing bodies to prepare turf wickets and should support them financially as well.

But then, it’s JKCA and one does not need to be a rocket scientist to understand the amount of mess it is in. Recently BCCI has decided to take control of the cricket body, which is a welcome step and we hope that the mess will be cleared. So that our cricketers get what they’ve been thirsting for.

The article is written by a reader and the views expressed are author’s own. 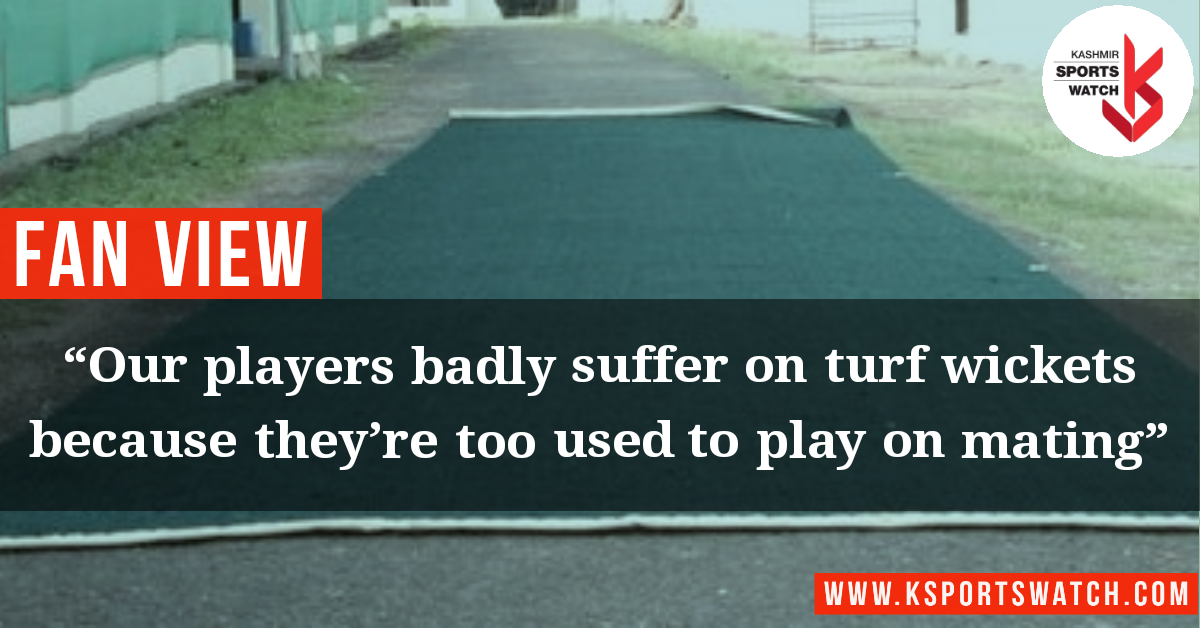