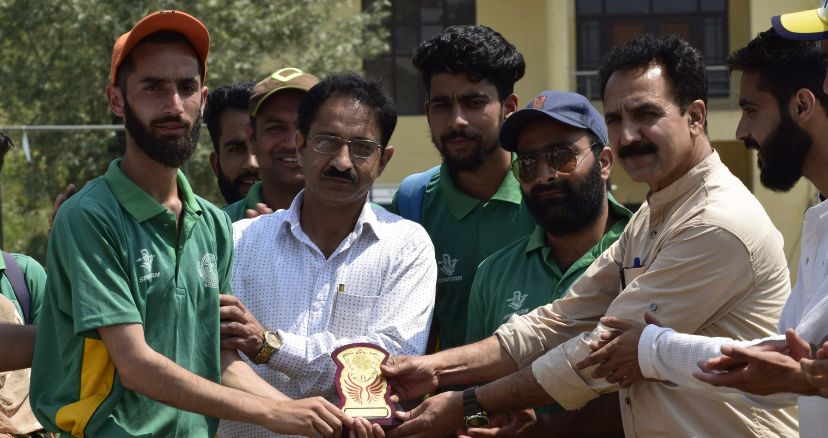 The right-handed batter first scored a 30-run cameo and then returned with excellent figures of 3-0-9-2 with the ball.

Earlier, batting first Media Studies got off to a bad start. They lost two early wickets but it was Saqib who showed resistance at the crease, helping his team post a decent total of 94 in the allotted 15 overs. He received some support from Tawseef and Zubair from the other end as well.

For Kashmir University (KU), Younis was pick of the bowlers. He scalped two wickets and gave away only 17 runs in his 3 overs.

Suhaal Nisar was the only batter to touch double figures while for bowling side, all the bowlers bowled in the right areas. Shoaib Lone, Bhat Zubair, Mudasir Sultan, Nazish Bulla and Saqib Bashir picked up 2 wickets each.

The tournament is being organised by Media Studies Department, GDC Baramulla for all the media institutes of Kashmir.