Mohammad Amir says it is easy to bowl against Rohit Sharma

Srinagar , May 20: Former Pakistan pacer Mohammad Amir has reignited the debate as he said it is easy to bowl against India’s Rohit Sharma .

Speaking with Pakistan based portal , Cricwick, Amir said that he never found it hard to bowl against Virat Kohli and Rohit Sharma.

In the same interview Amir said , it is easy to bowl against Rohit Sharma as he struggles in both incoming as well as outgoing deliveries .

Amir had trapped the opening batsman in front of the stumps with an in-swinging yorker in the Asia Cup 2016 and then again, got him out leg-before in the final of Champions Trophy 2017.

“To be very honest, I don’t find it very tough when bowling to Kohli and Rohit,” he said in an exclusive interview with Cricwick.

“In fact, I find it easy to bowl against Rohit. I believe that I can get him out both ways. If you see him, he struggles mostly against left-arm in-swing and early on, if you angle the ball across him, he struggles there too.”

However, Amir added that Virat Kohli was slightly different as the Indian captain reads the situations very well and performs in high intensity games.

“Virat is a bit difficult to bowl at, as he handles the pressure situations very well, and he does well in high intensity games. But I never found it difficult bowling at him.”

The retired paceman then hailed Virat Kohli’s performances across all formats of the game,“I enjoy the contest between myself and best players in the world” .

“And Kohli, as you’re aware, his performances speak for themselves. He has proved in every format that he is King Kohli. If you look at him, he wins the pressure situations and I enjoy that to be honest. In cricket, it’s a different thing if I got him out or not. But you have to look at the competition and see if the public is enjoying it or not,” he said.

“You try to give your best and he would do the exact thing. I enjoy this to be very honest. And people enjoy this too, whether they are from Pakistan or India. They love it when Amir and Kohli have a face-off. It’s a very good thing for people and cricket.”

“In this era, Steve Smith is the hardest I’ve ever bowled at. His technique is very difficult as you must be aware. He stands in such an awkward angle that you’re confused that where exactly should you be bowling. If you bowl out-swing, he leaves it easily. If you bring one back into his pads, he nails you through the leg-side. I find it very hard to bowl at him due to his technique,” Amir said about Steve Smith. 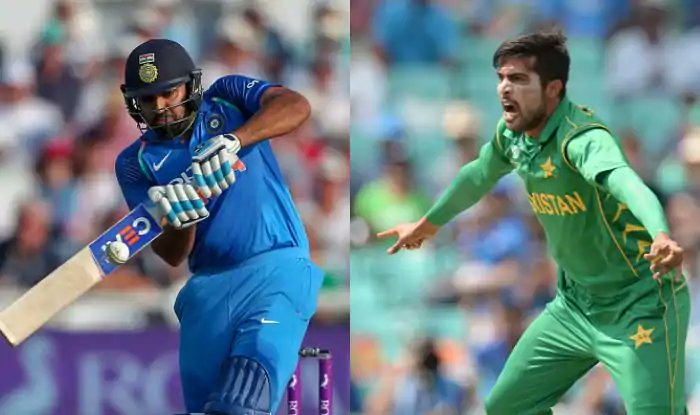