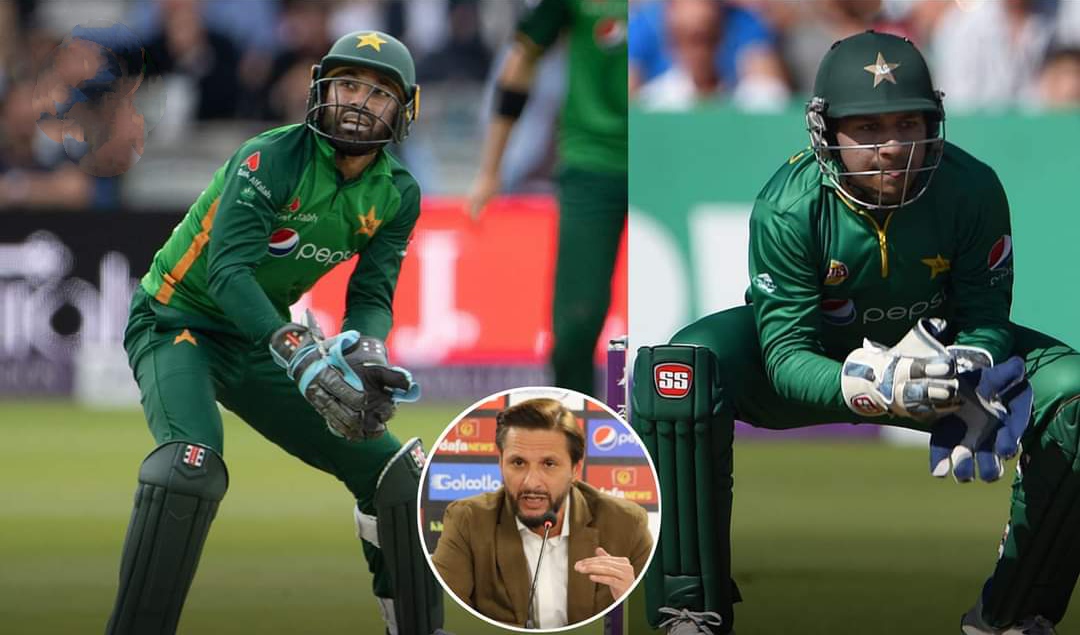 Srinagar: Former Pakistan skipper and current interim chief selector Shahid Afridi has made it clear that Mohammad Rizwan in teams main wicket-keeper for the T20I’s and ODI’s.

Afridi said that he is happy with the performance of Sarfaraz Ahmed but there is no question about who is teams first choice in shorter formats.

“I’m very happy that Saifi has made a comeback and given such amazing performance, but Mohammad Rizwan is available and he is our main wicket-keeper in both T20Is and ODIs,” said Afridi in a press conference on Thursday

Sarfaraz Ahmed was not included in the 16-member ODI squad announced by the selection committee for the three-match series against New Zealand in Karachi.

While answering a question regarding Sarfaraz’s non-inclusion, Afridi said they’ll consider him only if Rizwan in unavailable.

“God forbid if Rizwan gets injured or if he’s tired, we’ll then consider other options. Let’s not mix someone’s Test performance with that of limited overs,” he said.

The former cricketer said they are also considering other wicket-keeping options in limited overs.

“We have (Mohammad) Haris and we’re grooming him.He’ll be sent on Pakistan A tours. He’s a very good option in T20Is if Rizwan is not available,” Afridi said.