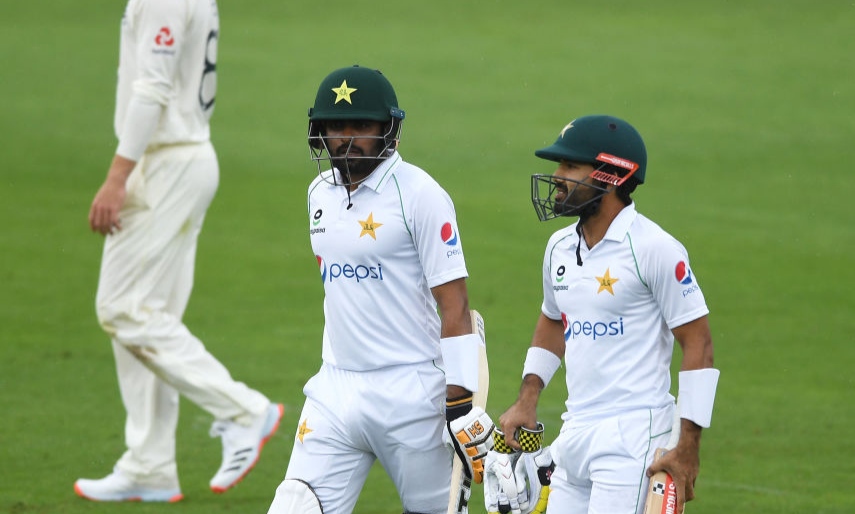 Srinagar, 8 September : The reports in Pakistan media are circulating that Pakistan Cricket Board (PCB) is planning to remove Babar Azam as skipper of Pakistan Test team and replace him with Mohammad Rizwan.

As per report in GeoNews , since the time T20 World Cup squad of Pakistan was announced , Babar Azam hasn’t been happy with omission of some senior players from the squad and including some that he hadn’t not agreed with.

In this regard, GeoNews reported that
Azam expressed his displeasure over team selection which resulted in some tensions between PCB chairman Ramiz Raja and the incumbent all-format captain.

Babar Azam reportedly shared his concerns with newly-appointed PCB chairman Ramiz Raja which irked him and in an unexpected turn of events, there is likely going to be a change in reins in the Test team.

Earlier reports stated that the chief selector Mohammad Wasim added Azam Khan and Sohaib Maqsood after consulting with the upcoming chairman of the PCB, Ramiz Raja.

Babar batted for Faheem Ashraf and Fakhar Zaman’s inclusion in the squad. It was also revealed that Babar had got in touch with Ramiz Raja to discuss his reservations but he wasn’t heard.

The report further said that a message was sent to Babar that he should focus on playing cricket rather than on team selection.
On the other hand, Mohammad Rizwan has been instrumental for Pakistan and has been scoring runs consistently. Rizwan is one of the front-runners and favourites to replace Babar Azam in case tensions between higher-ups and Babar does not get resolved.

Meanwhile PCB issued a statement on Wednesday , denying media reports that Babar Azam is not in agreement with the selection of the team. PCB statement said that Babar has fully backed the squad and other reports circulating are also not true.