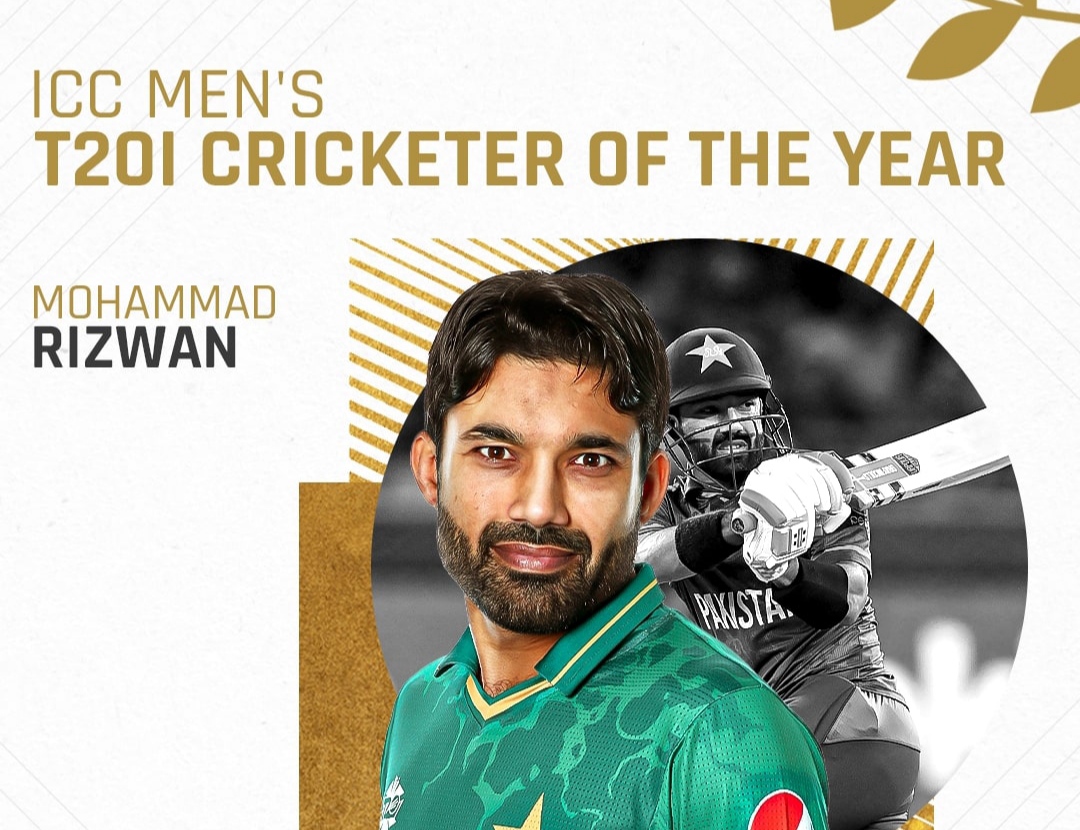 Dubai, January 22: ICC has named Pakistan Cricketer Mohammad Rizwan as T20I International Cricketer of the Year. Sheer consistency, indomitable spirit and some breathtaking knocks — the ICC Men’s T20I Cricketer of the Year enjoyed a memorable run in 2021. Here, we take a look at his performances and some outstanding achievements through the course of the year.

The Pakistan wicketkeeper-batter ruled the roost in 2021 when it came to the shortest format of the game. Aggregating a staggering 1326 runs in only 29 matches, Rizwan struck at an average of 73.66 and a strike-rate of 134.89. Apart from his exploits with the bat, he was as solid as ever behind the stumps, playing a key role in Pakistan’s run to the semis during the ICC Men’s T20 World Cup 2021, where he ended up as the third-highest run-scorer.

He also scored the maiden T20I century of his career against South Africa in Lahore early in the year and ended it continuing his form with a brilliant knock of 87 against West Indies in Karachi. With another T20 World Cup coming up next year, Pakistan will hope that Rizwan continues in the same vein.

Though a chase of 152 looked easy on paper, Pakistan had the weight of history against them in the T20 World Cup encounter against India. With the likes of Jasprit Bumrah and Mohammad Shami in opposition attack, the task was made all the more complicated. But as was almost always the case in 2021, Rizwan along with his skipper Babar Azam ensured that a famous victory would be sealed that would be celebrated in the history of Pakistan cricket for years to come.

Rizwan smacked 79* in only 55 deliveries, hitting six fours and three sixes. The ease with which he countered the Indian bowling attack was a thing of sheer beauty. He ensured that there were no hiccups in the run-chase as Pakistan galloped towards the target without losing a single wicket to seal a 10-wicket victory.