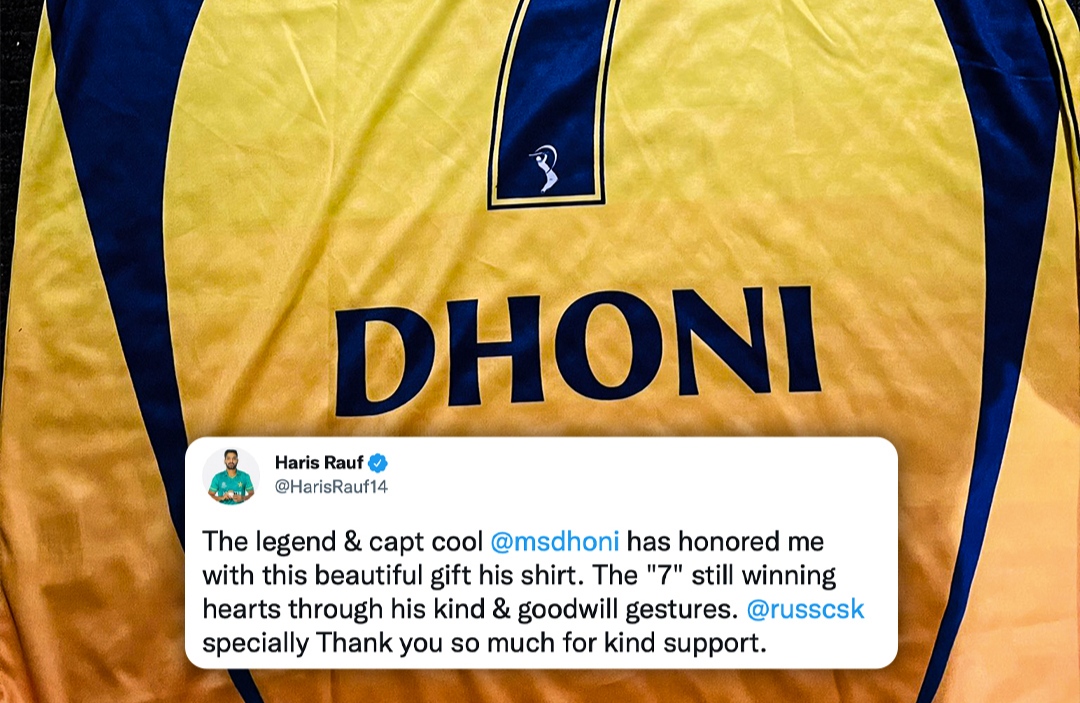 Haris who is currently in Australia , playing Big Bash himself revealed it on Twitter.

Rauf took to Twitter to post the pictures of Dhoni’s signed shirt of his IPL franchise CSK.

The legend & capt cool @msdhoni has honored me with this beautiful gift his shirt. The “7” still winning hearts through his kind & goodwill gestures. @russcsk specially Thank you so much for kind support.

In the Tweet, Haris also mentioned to Thank Andre Russel for the support. The West Indian all-rounder is one of the big stars in IPL and is likely to have got shirt for the Rauf.