Baramulla, July 24: All-round performance by Mujib Saturday guided Affarwat-XI to a 41-run against Wahigund XI in the ongoing Wanigam Premier League at Pattan.

Earlier, after winning the toss, Affarwat-XI chose to bat first. They posted a par total of 159 for the loss of 5 wickets in the allotted 18 overs. Mujib scored a splendid half-century (58) while Latif Ahmad Waheed Bashir made 35 and 31 runs, respectively.

In reply, Affarwat-XI bowlers were excellent in the middle, bundling out Wahigund XI for 117 runs. This handed them an easy win of 41 runs. Mujib was again the star as he claimed 4 wickets. 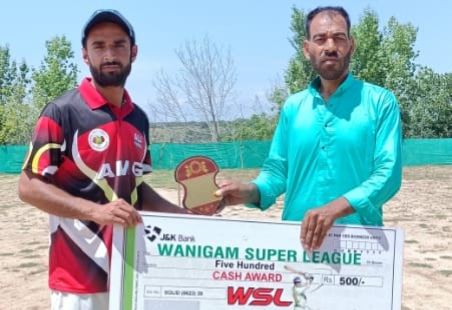