Abu Dhabi, June 20: Islamabad United overcame a late hiccup to defeat Multan Sultans by four wickets in the dress rehearsal for Monday’s Qualifier as 30 league matches in the HBL Pakistan Super League 6 were completed at the Sheikh Zayed Cricket Stadium on Sunday morning.

Multan Sultans lost 10 wickets for 56 runs as they were sent tumbling out for 149 in 20 overs after being 93 for no loss in the 10th over. Mohammad Wasim Jnr, whose opening over cost him 18 runs, came back strongly to finish with career-best figures of 4-0-31-4, including three wickets in his final over.

For Multan Sultans, Shan Masood scored 59 from 37 balls with six fours and three sixes, while Mohammad Rizwan chipped in with a 24-ball 26 and Johnson Charles contributed a 16-ball 19.

In turn, Islamabad United achieved victory with two balls and four wickets to spare after they required four runs off the last over. Shadab Khan top scored with 35, while Hussain Talat (34), Muhammad Akhlaq (26) and Asif Ali (25) were the other notable run-getters.

The 30th match result had no bearing on the final standings with Islamabad United finishing at the top of the table with 16 points, followed by Multan Sultans, Peshawar Zalmi and Karachi Kings, who all ended with up on 10 points apiece. Lahore Qalandars with 10 points and Quetta Gladiators with four points were eliminated from the tournament.

Multan Sultans’ superior net run-rate over Peshawar Zalmi and Karachi Kings means the Southern Punjab side will take on Islamabad United in Monday’s Qualifier, which will start at 1700 UAE time (1800 PKT time). 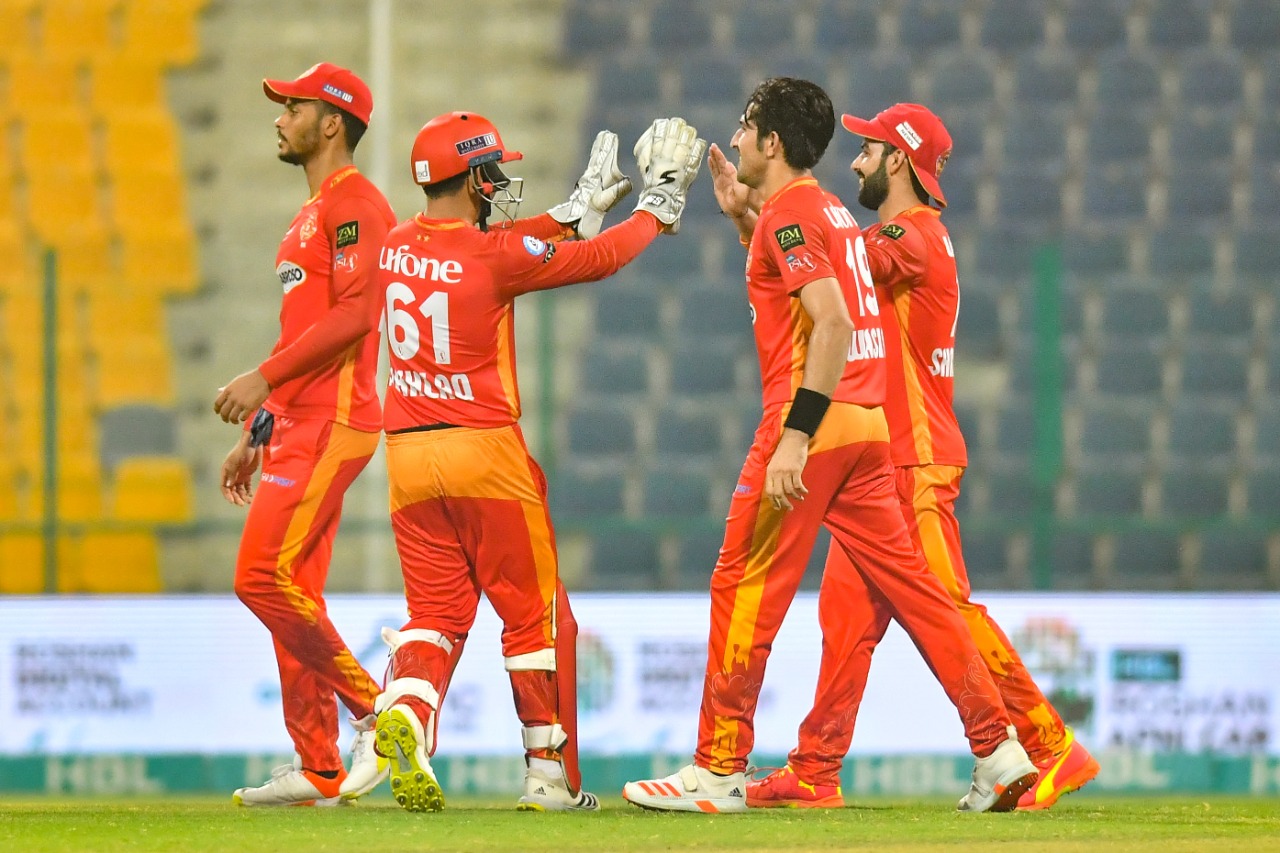