Srinagar, October 9: Yaseer starred with the bat as Gulzar CC defeated Team Hooked in the match of the Narbal Champions Cup at Narbal Cricket Ground on Saturday, October 9.

Jahangir Bhat with 49 runs was highest scorer for them while as Ajaz scored 40.

In reply Gulzar CC Hakarmula achieved target in 18.5 overs for the loss of seven wickets.

Taseer Ahmad was declared man of the match for scoring 45 runs. 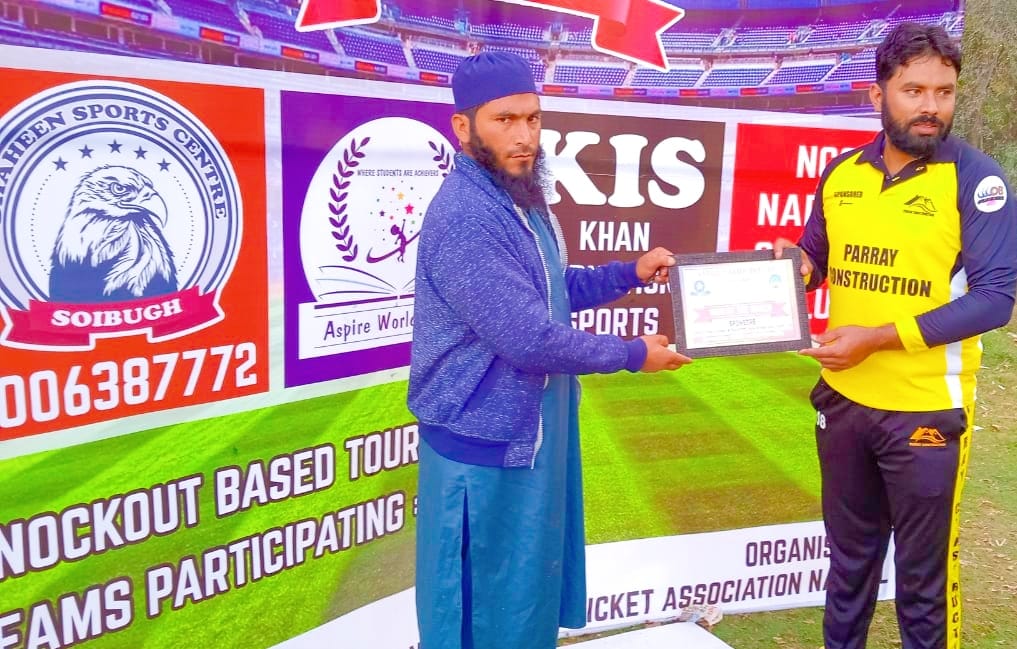