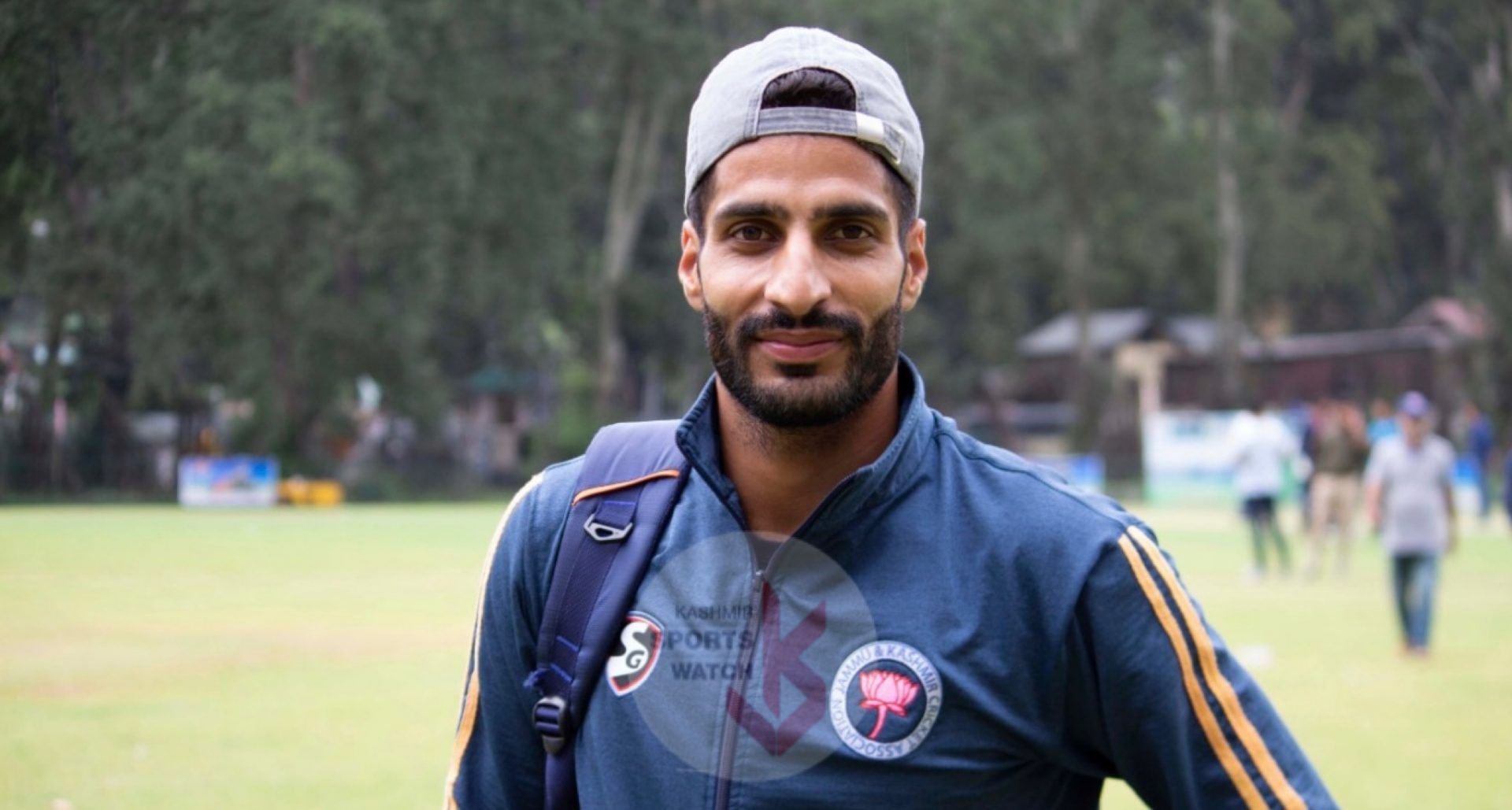 Srinagar: Nasir Lone, a gifted all-rounder from Bandipora District, pushed his claim to a spot in this year’s J&K Ranji Trophy squad with a fine performance in the final of the JKCA multi-day competition, which was recently held in Srinagar.

With some consistent performances over the past few years, Nasir Lone, who has represented J&K in the one-day format of the Vijay Hazare Trophy, has been banging on the doors of the J&K Ranji Trophy squad selectors for the four-day version, but this year his case has been stronger.

Nasir Lone demonstrated his amazing skills with both the bat and the ball for the team against Jammu-XI in the recently held final, while nearly all of the Kashmir-XI side’s seasoned batsmen struggled to perform.

The Bandipora cricketer, the only one to record a century throughout the contest, fought alone for the Kashmir-XI team.

In the match, Nasir came into bat at the No.7 position in the first inning with the Kashmir side on 55/5. He scored a gutsy 53-run knock in the inning and was able to give some respect to the Kashmir-XI total. In the second inning, Nasir Lone was at his absolute best scoring a power-packed century of 109 runs. His inning included some eye-catching sixes and fours. He also picked three wickets during the match.

Nasir was selected for the final after having done well in earlier matches. He was also one of the star performers for Kashmir-XI in the one-day format final that was played last month.

Nasir last season represented J&K in a one-day format but was overlooked for the Ranji Trophy and Syed Mushtaq Ali T20 trophy.

He has previously represented J&K in Under-25, 23 and 19 level age groups. He also was part of ZCA Camp in 2015 after doing well in the Under-19 national tournament.

Nasir was also one of the cricketers from Kashmir who was called by Mumbai Indians and Punjab Kings for the IPL trials last season.

With his all-around show during the important multi-day final, Nasir Lone’s case for the inclusion in Ranji trophy team has got stronger.

“I have been working hard and have been trying my best to impress selectors with my performances. It was an important match and I wanted to do well in it. Luckily everything clicked for me during the match and I was able to deliver up to my potential,” Nasir said.

Nasir said that he needed to perform consistently and his dream is to play for J&K in Ranji Trophy.

“It is just beginning, although I have been playing for J&K for a long time now at various age levels. To be part of the Ranji trophy squad will be a dream come true,” he said.

Nasir who has done bachelor’s degree in Science from GDC Bandipora said that Ranji Trophy is the pinnacle of India’s domestic cricket arena.

“In the Indian domestic cricket arena, Ranji Trophy is the pinnacle. It is every cricketer’s dream to play in it and I am no different. But to reach that level one has to work hard and during the last two to three years, I have been working hard on my bowling and batting. It is bearing results as I can perform against quality opposition,” he said.

Nasir is a right arm fast bowling all-rounder and IPL teams have been looking for such domestic players.

“I was called for trials last season but couldn’t make it. I hope this time I will be able to get into the eyes of IPL scouts,” Nasir said.