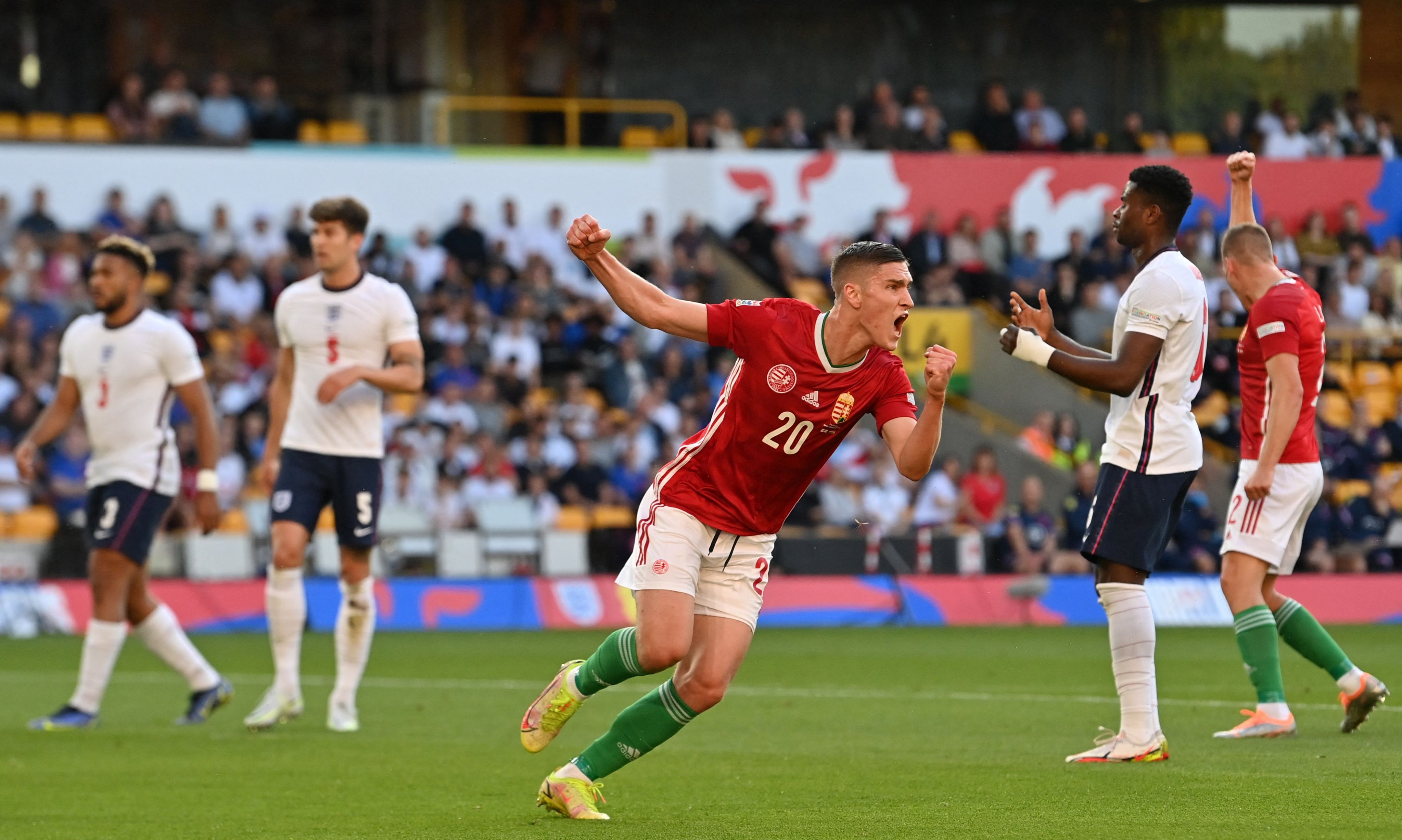 By Kashmir Sports Watch
June 15, 2022
Srinagar: The ongoing Nations league produced dramatic results on Tuesday as England suffered worst defeat in 100 years while as Italy suffered another thrashing.
England suffered their heaviest home defeat in nearly 100 years as Gareth Southgate’s side went down 4-0 to Hungary in the UEFA Nations League, while it was also a night to forget for Italy as they lost 5-2 in Germany.
Not since a 5-1 defeat at the hands of Scotland’s ‘Wembley Wizards’ in 1928 had England been beaten by four goals at home, but they were torn apart by Hungary in Wolverhampton and are now in real danger of being relegated from League A to the less glamorous second tier of European international football.
Hungary had already beaten England 1-0 in Budapest 10 days.
Remarkably, Hungary are the first team to score four goals in an away match against England since the Hungarians themselves, with Ferenc Puskas starring, won 6-3 at Wembley in 1953.
England have just two points from four games and defeat in their next match in Italy in September would condemn them to relegation to League B.
Hungary are top of League A, Group 3, a point above Germany who leapfrogged Italy thanks to their thumping win over Roberto Mancini’s experimental side in Moenchengladbach.
Italy had not conceded five goals in a game since a 6-1 defeat in Yugoslavia in 1957.
Meanwhile the Netherlands remain clear at the top of League A, Group 4 after beating Wales 3-2 in a dramatic finish in Rotterdam.
Goals from Noa Lang and Cody Gakpo had the Dutch 2-0 up midway through the first half, but Brennan Johnson rapidly pulled one back.
Gareth Bale then appeared to have salvaged a point for Wales when he converted a stoppage-time penalty, only for Memphis Depay to sweep in a 93rd-minute winner for the Dutch.
The Netherlands are three points ahead of Belgium, who won 1-0 against Poland in Warsaw thanks to Michy Batshuayi’s early header.
Wales are bottom of the group with just one point from four games this month, when their focus was on qualifying for the World Cup.