Never forget where you came from: Babar Azam shows his old house

Srinagar, May 21: He is today biggest star in Pakistan cricket who is made his name ajl over the World , but Pakistan skipper Babar Azam has once again shown he is humble as he was.

On Friday the No.1 ranked ODI batsman in the World , Babar took to his official Twitter handle to show his old house .

He captioned the pics with ‘Never forget where you came from’.

Wearing traditional kameeni, shalwar Babar posed pictures on the terrace of his old house with over looking old town.

Before he became an international cricket sensation and later on, to lead Pakistan in all three formats of the game, Azam came from a humble background.

Fans will be able to see Azam in action as the remaining matches of the PSL 6 resumes from next month. 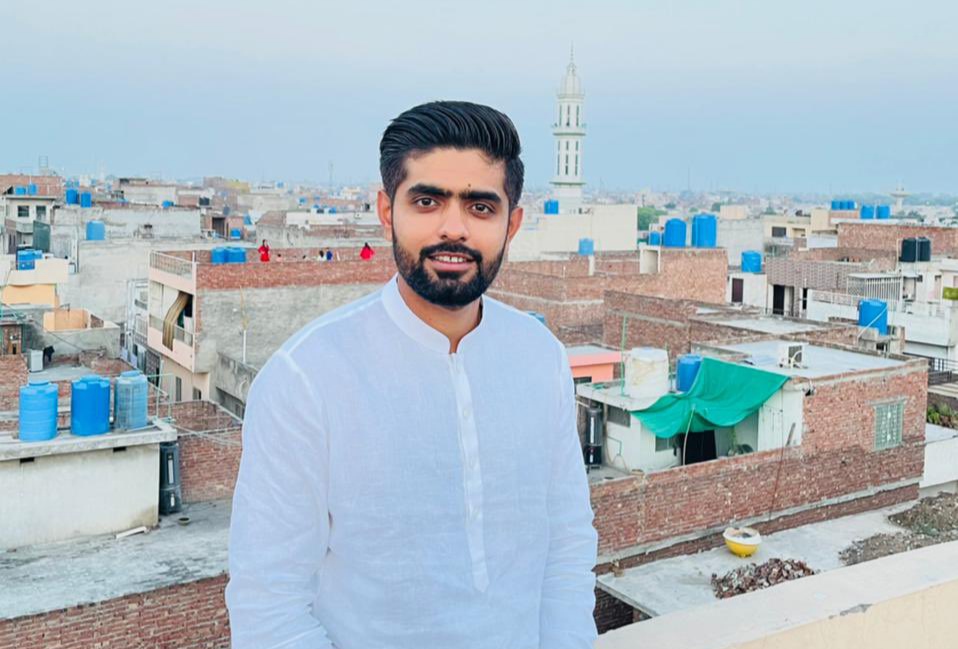 Newer Post
Khelo India State Centre of Excellence in Srinagar to add training facilities in Kayaking and Canoeing
Older Post
‘He wants to hit every ball for six’: Mohammad Yousuf wants this Pakistan youngster to learn from Virat Kohli