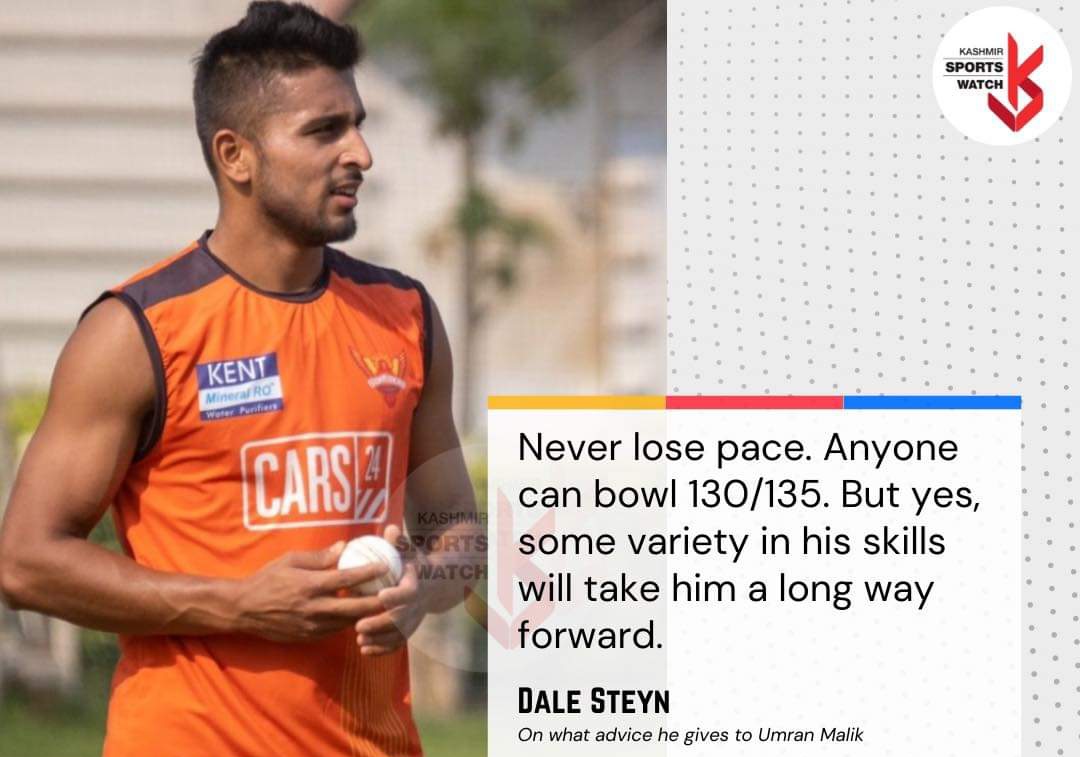 Steyn who is currently Sunrisers Hyderabad bowling coach , the same team for which Umran Malik from Jammu and Kashmir plays in ongoing IPL 2022 has also suggested Umran to introduce variety in his arsenal.

Umran Malik has so far impressed everyone with his incredible speeds in the IPL. The 22-year-old was also one of India’s net bowlers in the T20 World Cup and was one of the three players retained by Sunrisers Hyderabad ahead of the 2022 edition of the tournament.

In a recent question-and-answer session on his official Twitter handle, Steyn said that Malik has the potential “to feature heavily” in the future.

“Umran Malik will feature heavily in the future, as will Marco Jansen from a all rounder point of view. (Sunrisers specific),” Steyn answered to a fan question on Twitter.

“Never lose pace. Anyone can bowl 130/135,” Steyn said about Umran Malik. “But yes, some variety in his skills will take him a long way forward.”

So far this seaso Umran Malik has consistently breached the 150 kmp/h mark. However, he has been significantly expensive over the four games for the side so far. The 22-year-old pacer has taken three wickets while bowling at an economy rate of 10.42.