‘New India coach should get along with Kohli’

NEW DELHI: India are likely to favour a new coach who can “get along” with Virat Kohli, cricket officials indicated on Friday, after Anil Kumble stepped aside following a row with the captain.

Former opener Virender Sehwag and Australia’s Tom Moody are reported to have applied as coach, but Ravi Shastri may also now become a candidate after Kumble’s departure, Indian media said. 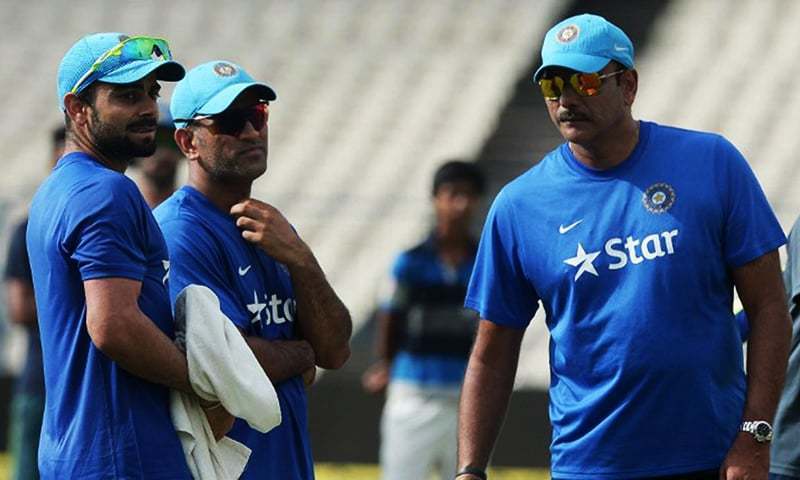 Spin-bowling great Kumble withdrew from the running for a new contract on Tuesday, saying his position had become “untenable” after a breakdown in relations with Kohli.

The new coach for the world’s number one Test team will be decided by the three-man advisory committee of Sachin Tendulkar, Saurav Ganguly and V.V.S. Laxman.

“The advisory committee are adept at getting the right man but they would certainly have the Kumble episode at the back of their mind while selecting the new coach,” a Board of Control for Cricket in India (BCCI) official told AFP on condition of anonymity.

“Even though Kohli has no role in the selection, a person who will get along with the captain is always good for the team and who better than Sachin, Sourav and Laxman to know how the captain-coach relationship works,” the official said.

A top BCCI official told AFP that candidates might have had reservations if Kumble was seeking an extension, but now it is now an open field.

Shastri worked with Kohli as team director before Kumble became coach in June last year, and is said to have a good relationship with the captain.

“His point of view is out there and we respect that decision,” Kohli said in Port-of-Spain on Thursday, when asked to comment on Kumble’s departure.

“I have total respect for him as a cricketer and what he has achieved.

There’s no taking away that aspect of him at all and we respect him totally,” Kohli added.

Acting BCCI president C.K. Khanna has said a new coach will be named before India start their tour of Sri Lanka in July.