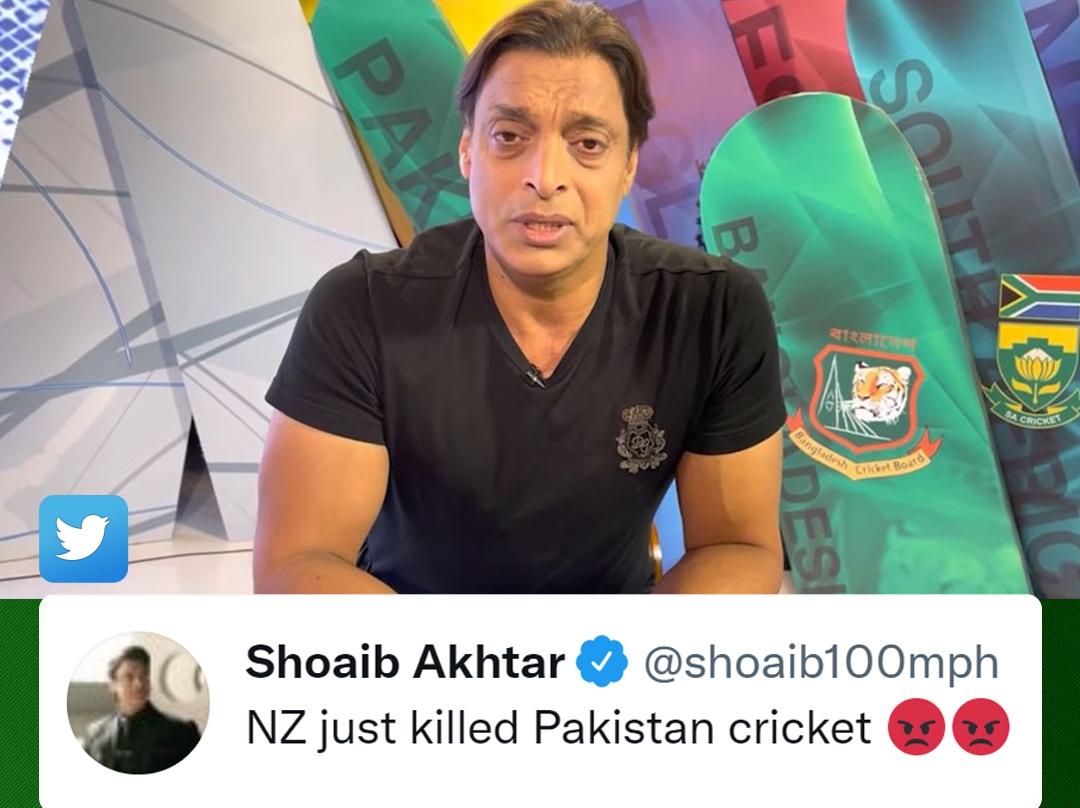 NZC announced their decision to abandon the tour on Friday following a security alert issued by their government minutes before the toss of the first ODI between the two countries in Rawalpindi.

Minutes after NZC’s announcement, the Pakistan Cricket Board, in a series of tweets, said that the decision to abandon the series was unilateral.

Akhtar took to Twitter to react on NZC’s decision to pull out of the series. “NZ just killed Pakistan cricket,” he wrote with two angry-faced smileys.

In another Tweet he went on to add: “Following points for New Zealand to remember: 9 Pakistanis were killed in the Christchurch attack. Pakistan stood strong with New Zealand. Pakistan toured New Zealand in the worst of Covid circumstances regardless of the crude treatment by NZ authorities on that tour.

This was just an unverified threat, it could have been discussed. Prime Minister Imran Khan personally spoke to his NZ counterpart and assured but it was still refused. Pakistan has safely hosted South Africa, Bangladesh, West Indies, Sri Lanka, Zimbabwe & PSL.”

Meanwhile, newly-elected Pakistan Cricket Board (PCB) chairman Ramiz Raja also lashed out at New Zealand Cricket and said that they will take the matter to the ICC.

“Crazy day it has been! Feel so sorry for the fans and our players. Walking out of the tour by taking a unilateral approach on a security threat is very frustrating. Especially when it’s not shared!! Which world is NZ living in??NZ will hear us at ICC,” Raja tweeted

New Zealand were slated to play Pakistan in the first of three ODIs in Rawalpindi, before moving to Lahore for a five match T20I series.