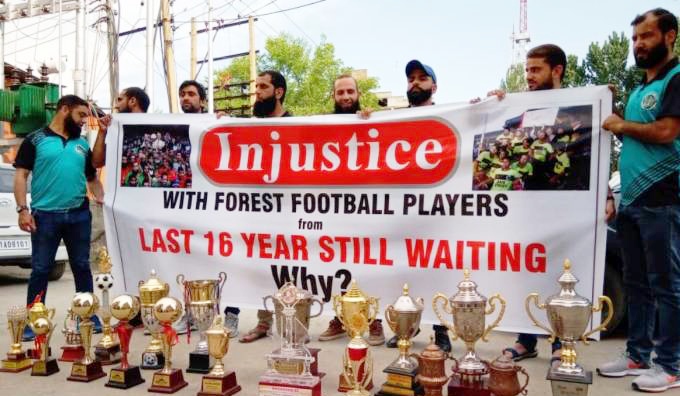 “J&K Forest Football Team has been foremost name in J&K Footballing circles. A longlasting legacy that was created by fantastic talented players who brought laurels for J&K all over the country and made everyone proud. These players always enthralled the spectators who loved the game of football,” NIFF statement said.

“But it has been unfortunate that those exceptional players have never received the due that they deserved. After serving close to 16 years to J&K Forest Department their services were never regularized which has been a tragic occurrence for the footballing scenario in J&K. It is very unfortunate that their case has been rejected again by the authorities and has again been disregarded,” it further reads.

“NIFF is very concerned over the issue and stand by with the players, securing and safe guarding their future who have given life to this game. We request the Lieutenant Governor to look into this matter of grave concern and we hope that the justice will be done to these talented players who have been flag bearers for whole J&K in the game of football,” statement added.