“In a long a detailed meeting members apprised Alok Kumar that NIFF is always committed to develop and promote the game of football and for that various activities were conducted in many parts of the UT of J&K through NIFF. NIFF is ready to work shoulder to shoulder with JKSC and YSS for the betterment of the game,” NIFF statement said.

During meeting NIFF raised the issue of departmental teams with Principal Secretary.

“NIFF members raised the concern on the fact that there were around more than 10 departmental teams by which footballers were earning their livelihoods but unfortunately only few departments teams are left because of which players are finding it hard to choose football as its profession. Members requested Principal Secretary for the revival of these departmental teams,” statement said.

The statement further said that NIFF members also highlighted the issue about the unconstitutional functioning of JKFA and hailed Secretary Sports Council for directing the JKFA to hold the elections soon.

“After a patient hearing Alok Kumar assured the members that whatever is required will be done to get back the glory of the game. He said that players and Coaches who have brought laurels for the country are our ambassadors and every respect will be given to them. He also said we are proud to have International stars with us who work day in and day out for the betterment and our doors are always open for them,” statement said.

Alok Kumar was happy to know about the plans of the NIFF and he assured to extend all the infrastructural support to NIFF whenever needed.

NIFF statement that members raised the issue of some persons maligning name of International stars.

“NIFF members also briefed Principal Secretary YSS that there are certain people who are trying to deviate the attention from the root cause that had damaged the game in J&K and leave no stone unturned to defame the reputed footballers of J&K who boldly speak against their wrongdoings. These people can never be the football developers who dont know the level and respect our International Stars who have earned the name and fame all over the country,” statement said.

NIFF members requested Principal Secretary to take a strict note of it and roll down the heads of those who are responsible, statement added . 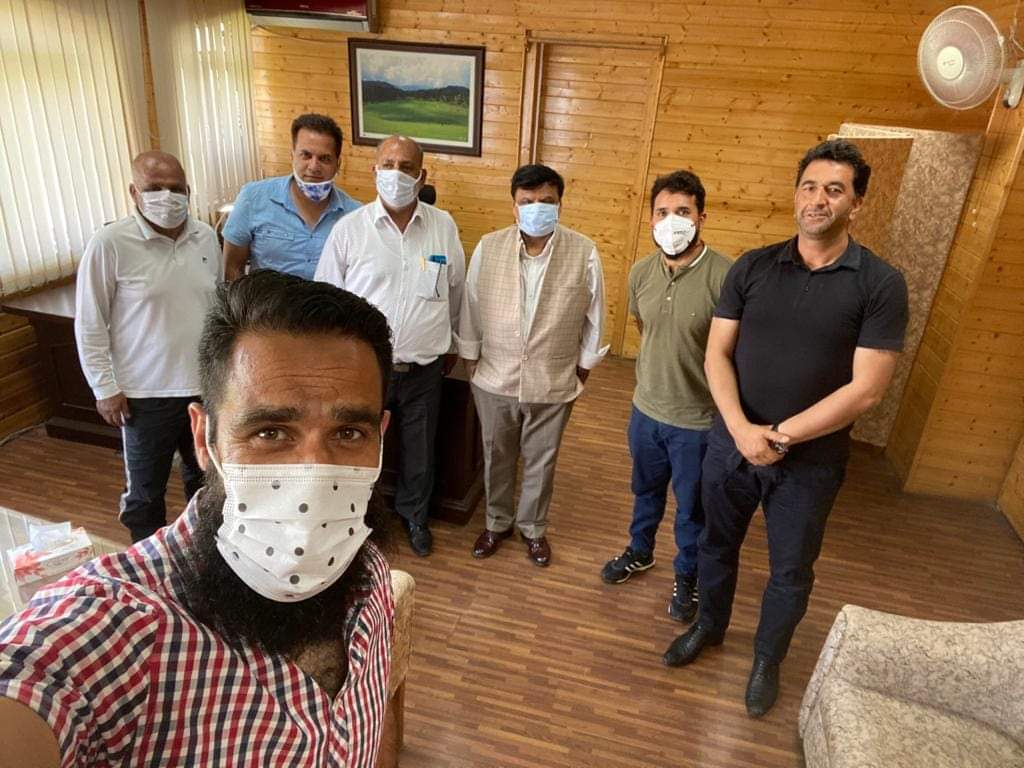