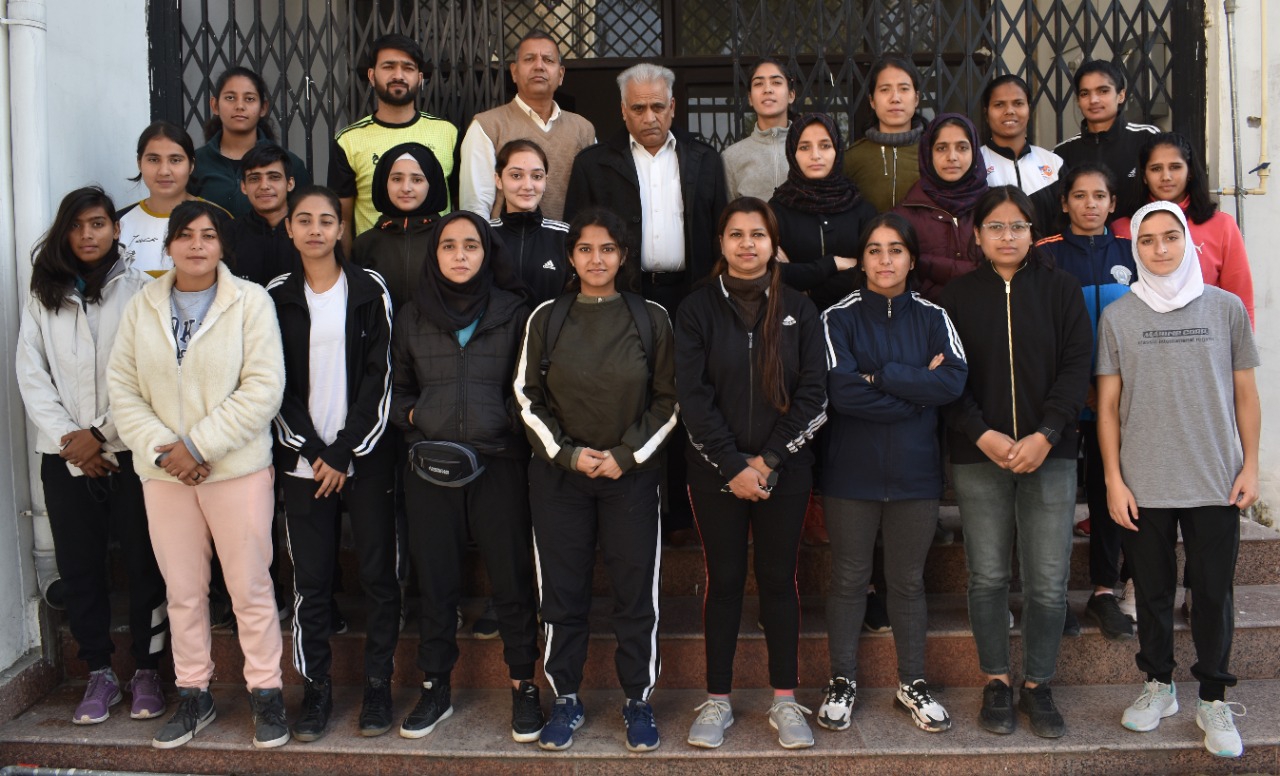 J&K senior Women’s team had lost against Sikkim by 5-0 goals in the ongoing senior National Women’s football tournament. NIFF had posted a video of its official on its facebook page claiming that J&K team despite having 12 outside J&K players in its squad lost by 5-0. Pertinently J&K team have got only around five outside players in its 20 member squad. The official had got it wrong also he had missed the scores of other matches in the tournament, wherein team like Tamil Nadu lost by 20 goals.

Coming out strongly , Nadiya Nighat posted a long detailed post on her official facebook page calling out lies and saying that those who did nothing for J&K Women’s football in 18 years are busy in spreading lies.

“Today I came over that National and International Footballers Forum J&K released a press conference ( Meaning Video) related to our J&K Senior Women’s team. He (Meaning its Official) has stated that today was their (J&K) match and they lost by 5-0 and also mentioned that J&K team has 12 players from Haryana,” Nadiya post reads.

“I have a question for you, who gave you false information about the number of players from Jammu Kashmir and Haryana. Did you visited personally us to check the same. Win and lose is inevitable in any game, why are you trying to relate it with the J&K Women’s team,” post reads.

Bringing in example of Indian Women team losing 6-1 to Brazil recently , Nadiya said, “Why no issue was raised when Indian Women’s Football Team lost against Brazil by 6-1 and today they have loggerheads for J&K Womens football team lose”.

” If we talk about Senior National, yesterday Tamil Nadu defeated Tilangana by 20-0 ,
Assam defeated Rajasthan by 7-0 , Maharashtra defeated Arunachal Pradesh by 6-0 , Odisha defeated Andhra Pradesh by 9-0. When no one emanated on the loses in the above mentioned states then why to earmark J&K Womens team who in comparison to these teams has lost by less goals,” Nadiya’s post reads.

Nadiya said that those who part of NIFF had been running J&K Football for last 18 years but she didn’t saw them anything for J&K Women’s football.

“Currently you are making big things verbally, where were you till the start. I’m in the field since last 18 years but got no chance to represent Country Internationally , now when I took initiative for something new which actually should’ve been done early , you are blaming instead of support,” she said.

“Do you think we’ve got false National certificates without having eligibility criteria for that. Do you think that those certificates are not worth of it. It’s better to train the rest of the players so that they can play Nationals and select players on the basis of talent instead of recommendations,” she said.

Nadiya revealed that she had got recomndations from some to include some players in team as they needed certificates for job purpose.

“I got recommendations for some players but I rejected because they’ve got not that level of skills. They needed certificates for job purposes but I refused to accept them as I’ve earlier mentioned, we give preference to skills and talent instead of recommendations,” she said.

Nadiya requested these people to come forward in the development of women football instead of holding meaningless media conferences.

“So I’m requesting you to give more concentration on development of Womens Football in J&K in lieu of media conferences,” she concluded .