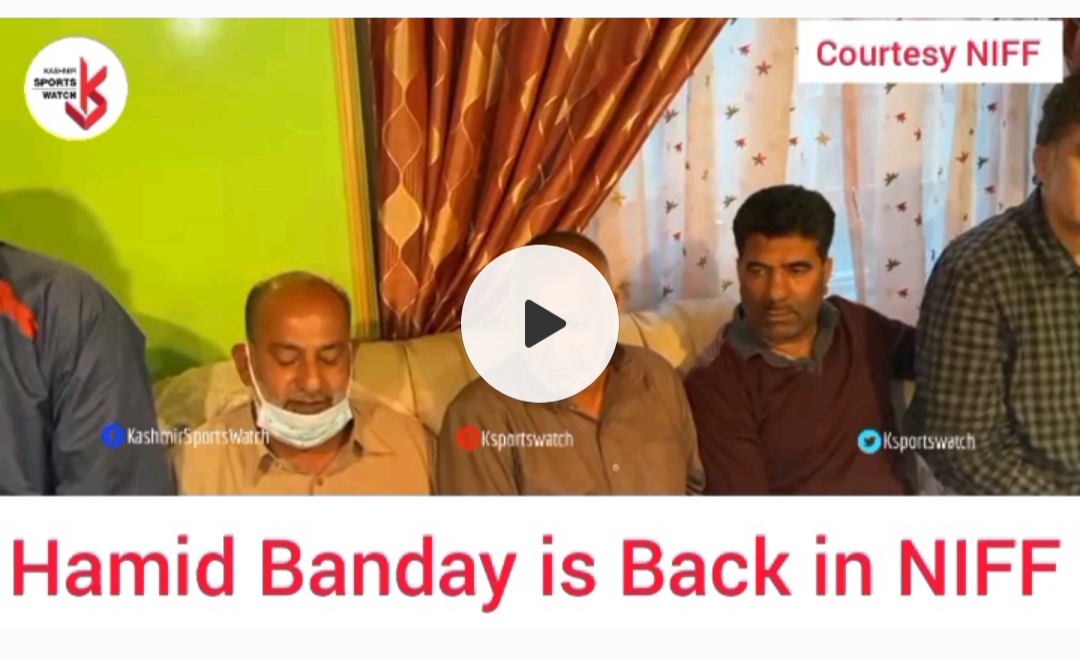 Srinagar, June 2: Acting swiftly to sort out differences National and International Footballers Forum (NIFF) have rejected the resignation of its senior office bearer Abdul Hamid Banday .
Abdul Hamid Banday has tendered his resignation from the body.
To discuss the development , a meeting of NIFF was held on Wednesday in which all members categorically rejected Banday’s resignation .

Chairman NIFF Bashir Ahmad Malik said that there were some misunderstandings which were sorted out and Banday is now back in NIFF.

Hamid Banday also said that he is back in NIFF as he was previously and all issues were sorted out.

NIFF that came into existence in 2019 has been projected as football welfare body that has been highlighting the wrong doings of J&K Football Association (JKFA).

Hamid Banday is a former Executive President of J&K Bank and Chairman J&K Bank Sports Board joined this faction in the same year after resigning from JKFA where he was Vice President. He has also represented J&K at National level.