Srinagar, 31 August : In the North Kashmir Premier League (NKPL) Dadoo Rangers Varmul beat KCC Kanispora by 70 runs in a decider of the final match of the league and becomes the first team to qualify for knock out stage

Simran Singh smashed 52 off just 24 balls while Dr. Saadat played an important knock of 40 runs and Azhar scored quick 60 off 34 balls and helped his team to put 183 on the board 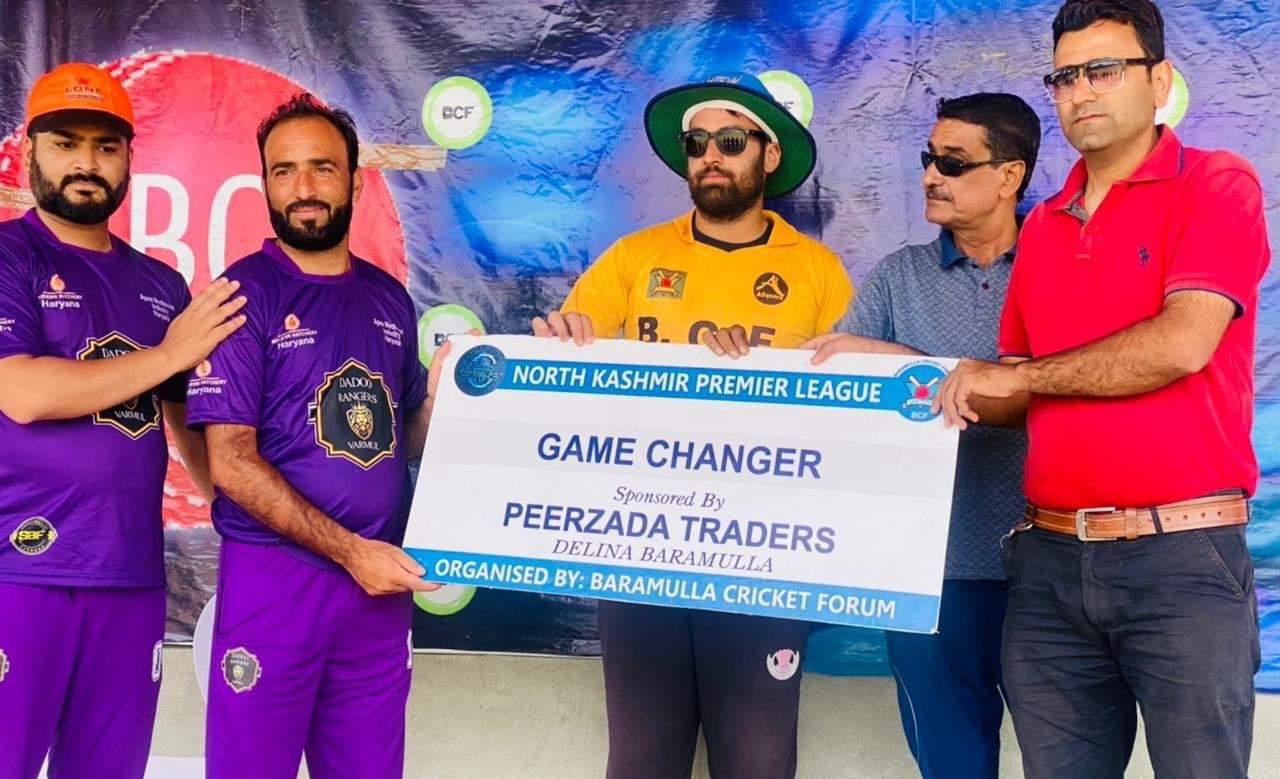