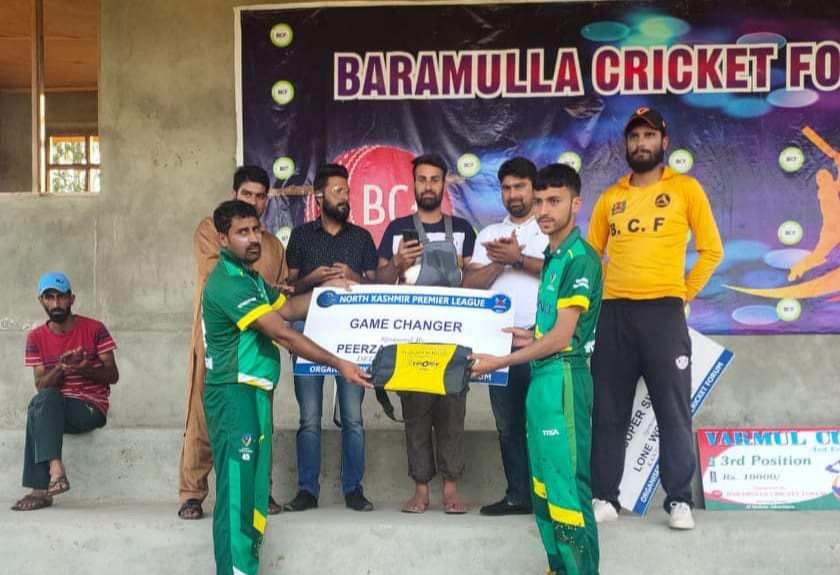 Affarwat-XI Can’t blame his bowlers for losing the match they had in their pocket in a last ball thriller against strong Victoria Kupwara.

Affarwat-XI once made their grip in the match in first ten-overs by their spectacular fieding as Waheed Bashir took extra ordinary catch at the short fine-leg.

Chasing a low score of 157 runs Victoria Kupwara were completely out of the game when their top order five batsmen departed just for 54 runs in first 9 overs.

Earlier Affarwat-XI Captain Shahid Bashir won the toss and opt bat first and set the target of 157/7 runs in alloted 20 overs against the strong opponent Victoria Kupwara.Irfaaq Khan played a splendid knock of 91 runs with 6-sixes and 8-fours while Saleem played a sensible knock of 31 runs.

Showkat Bhat ,Rayees Malik,Shahid Bashir were brilliant with the ball but was let down by their fielders, who dropped very crucial catches in the second half of the second innings.Some poor effort in the outfield also spoilt the bowling and the result of the match.showkat took 3 wickets while shahid and Rayees Malik took 2 wickets each.
Irfaaq Khan Was awarded with super sixes ,while Zahoor Ahmad was adjudged with game changer award and Mushtaq Aziz was declared player of the match .

The tournament is organised by Baramulla Cricket Forum on league basis.