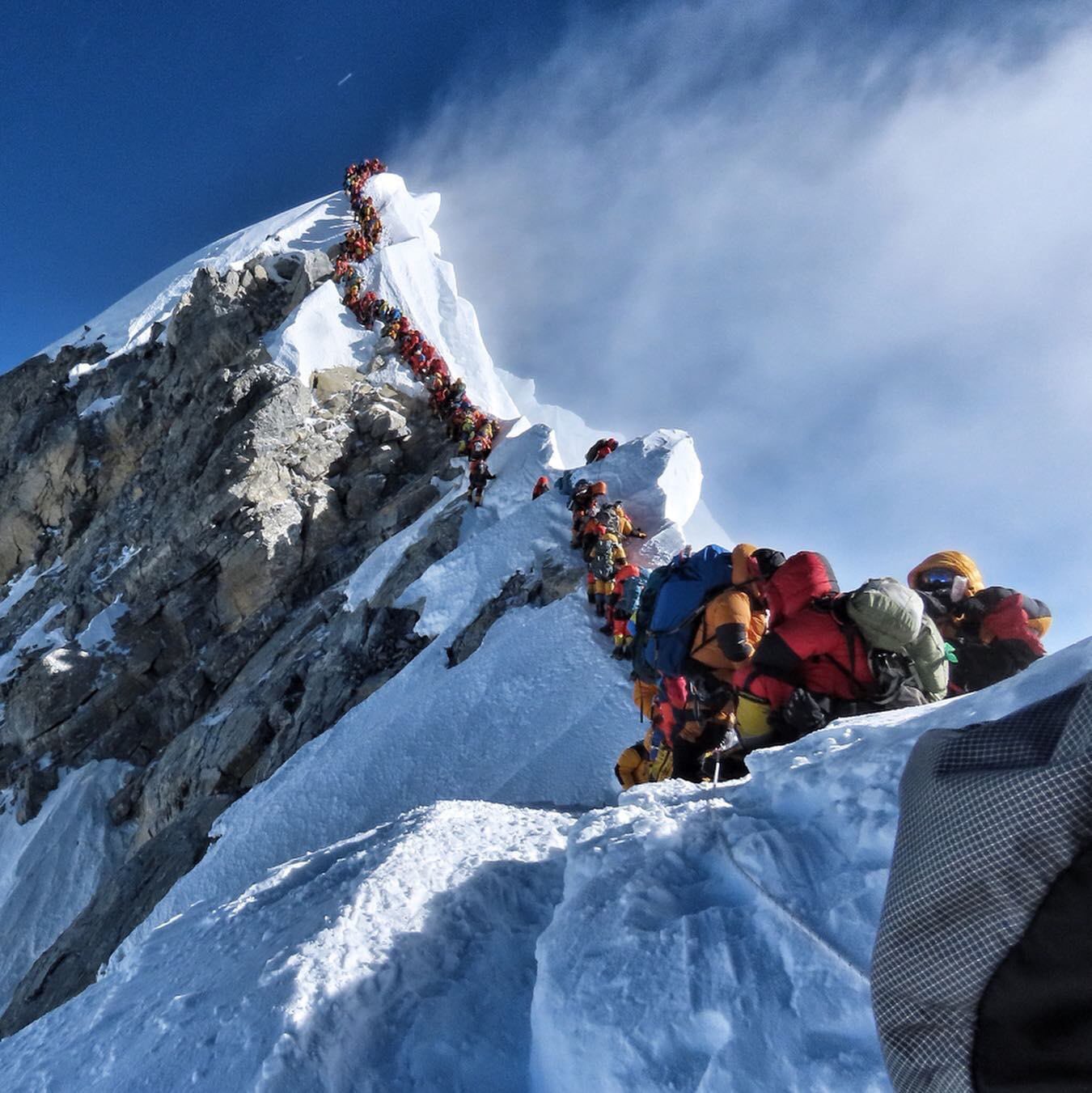 Srinagar, April 23: In a more disturbing news that could possibly end this seasons Mountaineering season Nepal, a Norwegian Climber has Tested Postive for COVID-19 on Mount Everest.

It has been only few weeks since Everest was opened for climbers this season after being closed last year due to Pandemic.

As per reports , Norwegian climber Erlend Ness was isolated in hospital for eight nights due to the virus. Another report said that a sherpa in his party had also tested positive for the virus.

In the report Ness said he is unsure where
he could have caught the virus, but raised the possibility of catching it whilst in one of the tea houses along the Khumbu Valley.

“Not many people used masks on the trek,” said Ness who was feeling sick for six days in the mountains before being evacuated on April 15 by helicopter.

He was taken to two different hospitals in the Nepali capital Kathmandu, and tested positive for the virus three times.

He has since recovered – testing negative on April 22 – and is now staying with friends in the city.

The news of Ness testing Postive on Everest base could jeopardise this years season with seasoned mountaineers saying that stringent measures should be taken in order to save season.

Quoted by AP Austrian Lukas Furtenbach, warned that the virus could spread among the hundreds of other climbers, guides and helpers who are now camped on the base of Everest if all of them are not checked immediately and safety measures are taken.

Any outbreak could prematurely end the climbing season, just ahead of a window of good weather in May, he said.

“We would need now most urgently mass testing in base camp, with everyone tested and every team being isolated, no contact between teams,” said Furtenbach.

“That needs to be done now, otherwise it is too late.”

Furtenbach, leading a team of 18 climbers to Mount Everest and its sister peak Mount Lhotse, said there could be more than just one case on the mountain as the Norwegian had lived with several others for weeks. (With inputs from BBC and AP)