﻿ Nothing is impossible in life: Hassan Ali on his Dream comeback - Kashmir Sports Watch
HomeCricket

Nothing is impossible in life: Hassan Ali on his Dream comeback

Derby, 1 July 2021: Hassan Ali has made a remarkable comeback in the national side since returning from back injury which ruled the fast bowler for good two years from 2019 to 2020.

The right-arm fast bowler before returning to the national team featured in the Quaid-e-Azam Trophy 2020-21 season, where he played a pivotal role in Central Punjab qualifying for the final.

The final between Khyber Pakhtunkhwa and Central Punjab was tied not before Hasan playing an all-round performance in the big game. Hasan not only took five wickets in the final, but scored an unbeaten 106 off 61 balls in the second innings.

The gigantic performance helped him return for Pakistan colours in the two-Test match series against South Africa in January/February played in Karachi and Rawalpindi.

Pakistan won the series 2-0 and lifted them to the fifth spot in the ICC Test rankings. Hasan took 12 wickets in the series, which included 10 wickets in the Rawalpindi Test, where he took five-fer in each innings.

Hasan till date has played 11 international matches this year where he has taken 40 wickets with four five wickets in an innings and one ten-wicket haul in a match. He is also the top wicket-taker in this year with India’s Ravichandran Ashwin on second spot with 38 wickets. Hasan’s fast bowling pair Shaheen Shah Afridi is on the fifth position with 30 wickets from 15 matches.

Hasan has also made some strides in his batting after recovering from injury. In 11 international matches this year, Hasan has scored 139 runs at 23.16, where he has remained unbeaten on five occasions and has also struck nine fours and ten sixes. His unbeaten 20 off seven balls (one four, two sixes) against South Africa in T20I series decider helped Pakistan overcome South Africa by four wickets at Lahore’s Gaddafi Stadium.

“It has never been easy for a fast bowler to comeback after a back injury but I want to thank my wife, family, Shoaib Malik and Shahid Afridi who kept my motivated and focused on cricket.

“Nothing is impossible in life, if we believe in ourselves and work hard, we can achieve desired results and I am an example of it.”

“The performances in domestic season helped me regain confidence which later helped me to perform in international cricket again.”

“I always prefer fearless cricket but featuring first class cricket helped me a lot. Performing well in those nine matches of Quaid-e-Azam trophy 2020-21 has given a sheer confidence to me gear up for a successful international comeback.”

“I always wanted to become an all-rounder, and I am happy besides my bowling, I am contributing in team with my batting as well. While I was away from cricket for two years due to injury, I worked on my batting especially hard hitting ability at NHPC.”

“Pakistan on the tour to England will feature in three ODI matches starting from 8 July which are part of ICC Men’s Cricket World Cup Super League. They will also feature in three-match T20I series against the top-ranked side.”

“The white-ball series against England is very important for us, as England are the World Champions in ODIs and are also the top ranked side in T20I. England has been always lucky to me, as I have my great memories from England tour in the past, winning ICC Champions Trophy in 2017 in England is on top of it.” 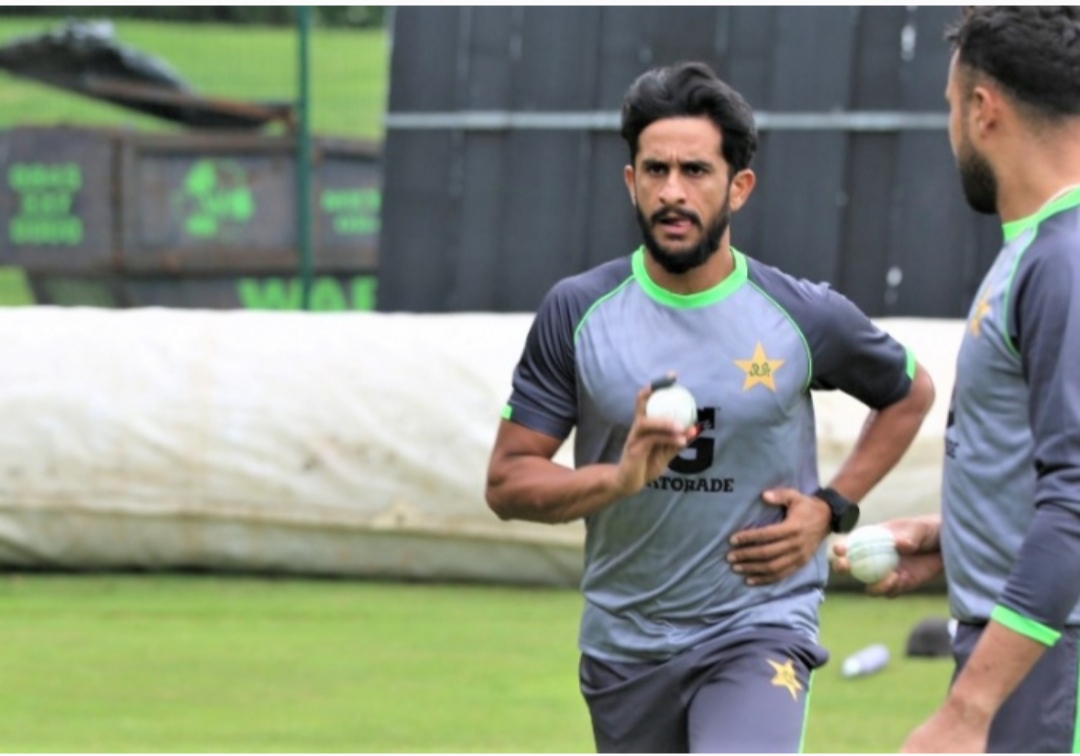