Srinagar, December 29: The open SnowShoe selection trials conducted by J&K SnowShoe Association for the National Championship and upcoming 3rd Khelo India National Winter Games were held in Gulmarg on Wednesday.
The open trials were held in senior category in both male and female sections.

In mens section , large number of long distance runners turned up for the trials while as there was low turnout in female section.
The selection was held on time trial basis with athletes competing in different groups. The trials were held in order to select J&K athletes for the upcoming 5th SnowShoe National Championship and 3rd Khelo India National Winter Games 2022.

In girls section, Muskan Shaban qualified with best timing while as Afshana Zehra had second best timing.
“It was open trials and qualification was based on time trial. While we have selected three for the Nationals and Games in mens section we have also kept seven in waiting list. In female section only two qualified ,” Secretary of the Association Gulzar Khan said.
“Our aim is to provide everyone equal opportunity and be part of Nationals and Khelo India Games. While long distance running is tough sport, SnowShoe is extra difficult owing to tough terrain, weight of snowshoe and altitude,” he said. ” To compete in it one needs have highest level of fitness and stamina”.

Later Association felicitated Assistant Director Tourism Gulmarg , Dr Javid ur Rehman.
“Tourism department has been supportive from the beginning and without them we will not be able to take this sport to the level that we want,” Khan added. 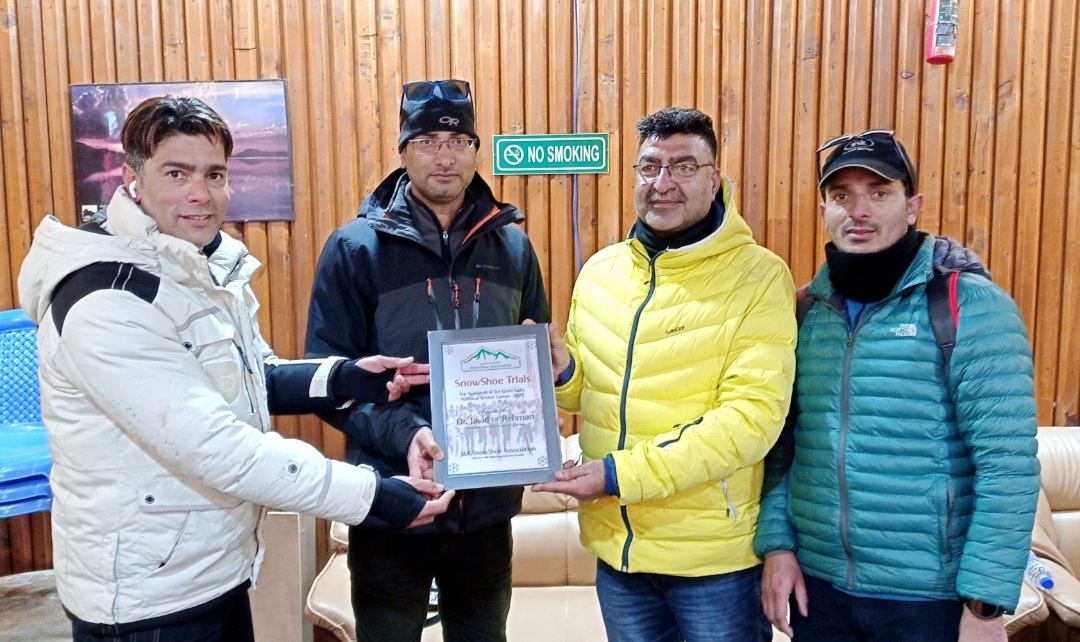