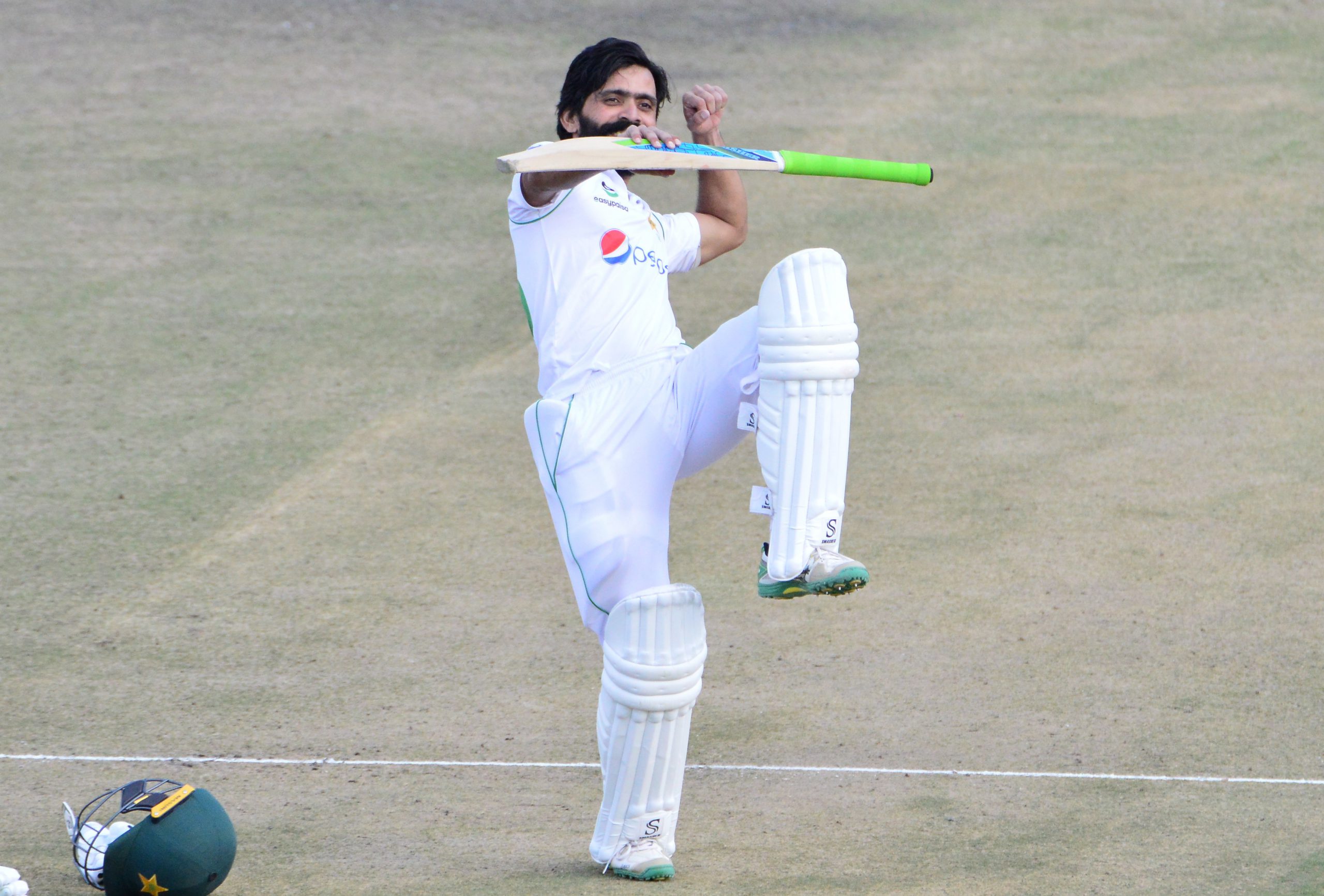 Srinagar, May 1: Having resumed the day at 103/0, a deficit of 73, Pakistan cruised on the back of Fawad Alam’s fourth Test century and Imad Butt’s maiden half-century to extend their lead to 198 by stumps, despite Zimbabwe picking up six wickets.

The Pakistan batters were cautious in the morning session as they amassed 59 runs from 32 overs. Zimbabwe’s bowlers had found the rhythm that was absent on opening day, and their disciplined bowling performance helped them pick up the wicket of Abid Ali (60) – the opener edged one behind off Tendai Chisoro, and the 115-run opening stand was broken.

Thereafter, Butt was accompanied by Azhar Ali for a 61-run stand, the duo taking the side through to lunch. However, Zimbabwe had some cheer early in the next session, with Donald Tiripano provided quick wickets. First, Azhar was dismissed caught in the gully, before Tiripano followed up with the big scalp of Pakistan captain Babar Azam, who departed for a golden duck.

In came Alam, and Zimbabwe nevre really had much joy thereafter. Pakistan breezed past Zimbabwe’s first-innings 176, and thought the home side then dismissed Butt – he fell nine short of a maiden century after a 236-ball knock – Alam and Mohammad Rizwan arrested the slide and snuffed out Zimbabwe’s opening.

The pair added 107 runs in 185 balls for the fifth wicket, with Alam striking at a high rate. Rizwan matched him for the most part, but a lapse in concentration meant he chopped one on to the stumps off Blessing Muzarabani when he was five short of a half-century.

Faheem Ashraf then perished for nought – a leading-edge was caught by Tendai Chisoro off Tiripano’s bowling – but Hasan Ali came out all guns blazing and tonked 16 runs off one Roy Kaia over. His counter-attacking approach and quick-fire knock of 21* (18) stretched Pakistan’s lead to a massive 198 before stumps were drawn.

There was time before that for Alam to reach three figures in Test for the fourth time in his career – it was his third century in his last five Tests and Zimbabwe will be desperate to snuff him out early on day three. (Courtesy ICC).