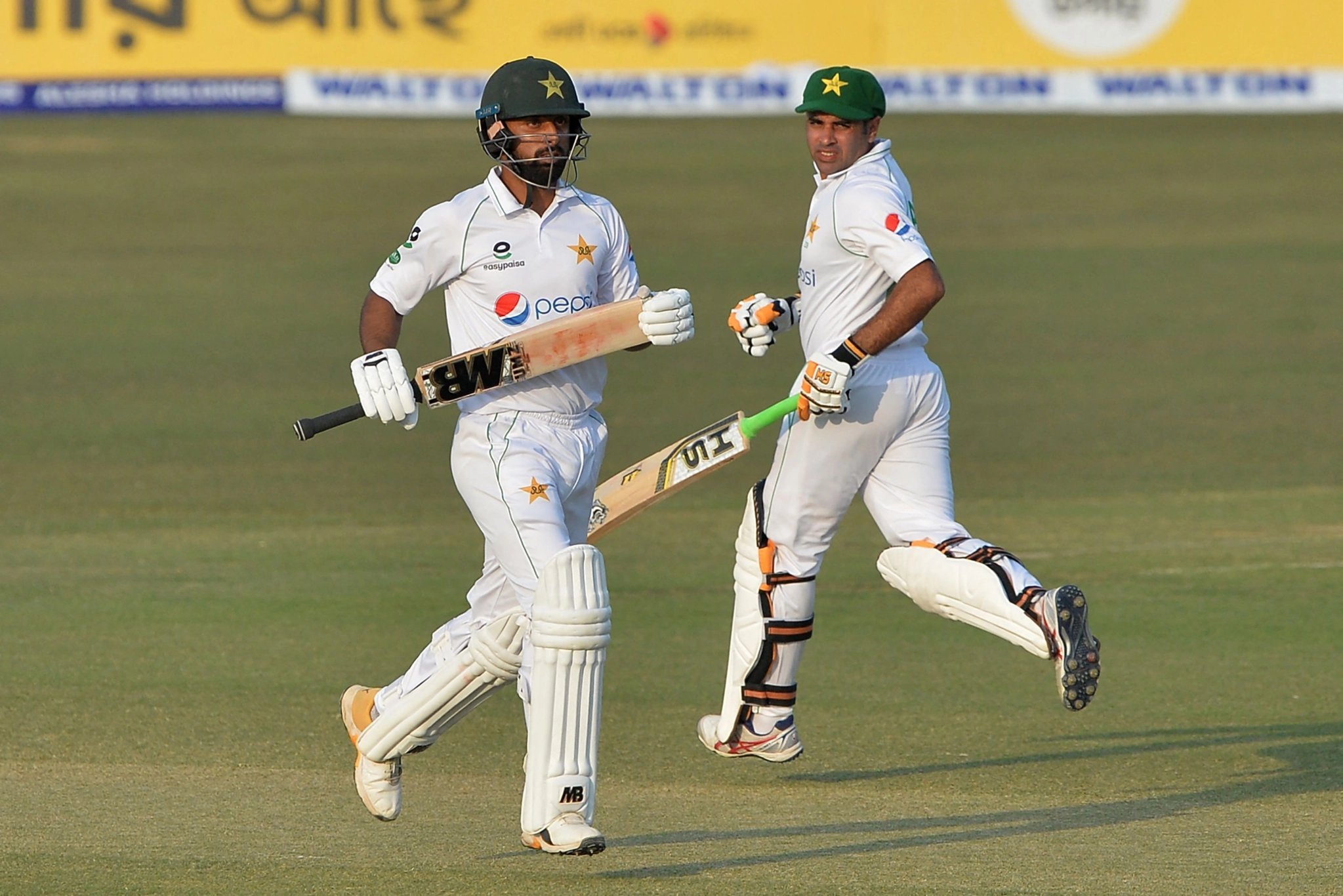 Chattogram, November 29: Pakistan went to stumps on day four on 109/0, needing 93 more runs to go 1-0 up in the two-match Test series against Bangladesh.

Pakistan have dominated the second-half of this Test. They were 40-odd runs short of Bangladesh’s first-innings total but a solid bowling performance in the second innings, backed up with an equally impressive batting one has put them in the driver’s seat.

Abid Ali and Abdullah Shaqfiue look confident. They started the innings unsurely, getting a feel of the situation, even survived a review in the second over but managed to get to tea unscathed. They slowly built their confidence in the final session, defending first, then punishing the bad balls to emulate their solid first-innings partnership.

The duo have brought up their respective fifties and ensured Pakistan remained in control until the end. With only 93 more needed to win, 10 wickets in hand, and a full days play left, Pakistan will fancy their chances of getting the better of the hosts tomorrow.

The visitors had the perfect start to the day as Hasan Ali snapped up the dangerous Mushfiqur Rahim in the first over, uprooting his off-stump, ensuring Bangladesh did not recreate the Mushfiqur-Liton stand of the first innings.

With half their side, the onus fell on Liton once again to stabilise the innings and the gutsy batsman did just that, playing his shots, keeping the scoreboard ticking, even surviving a review on 26. At the other end, Mehidy Hasan did his job just as well, eating up the deliveries, keeping his wicket and rotating the strike.

Their 72-run stand was finally broken by Sajid Khan as Bangladesh lost a review, with Mehidy trapped in front for a fighting 44-ball 11. At Lunch, Bangladesh were 115/6 with a lead of just over 150 runs.

Liton and Nurul Hasan, who had survived a Pakistan review for caught behind in the over before lunch, started the second session well. Liton soon brought up his fifty, his second fifty-plus score in the game. But the flourishing partnership was cut short in the next over when Sajid Khan removed Nurul for 15.

Shaheen then dismissed Liton (59) and Abu Jayed (0) in the space of four deliveries while Sajid scalped the remaining one to bowl Bangladesh out for 157. Shaheen got his fourth five-wicket haul in Tests, while Sajid finished with a three-for.