Pakistan not in hurry to play with India amid prevailing situation, says PCB Chief Ramiz Raja

Srinagar, 14 September: Pakistan’s newly appointed Cricket Board chief and former cricketer Ramiz Raja has said that they are not in hurry to play with India amid prevailing situation .

“Pakistan and India match is always a showstopper. The inaugural match of Pakistan in the T20 World Cup is against India and is highly important. This time Pakistan has to change the result against India in WorldCup by becoming victorious,” Ramiz Raja said during press conference soon after taking over as PCB head.

The cricketer turned commentator and now administrator , Raja said in near future India-Pakistan series is not possible and Pakistan is not in a hurry to play against India.

“Indo-Pak cricket series is not possible right now neither PCB will run behind India to play cricket. Sports have been left behind due to current political scenarios and even Pakistan, for now, is not in a hurry to play with India,” Raja said.

Pakistan and India are placed in the same group and will lock horns on October 24. 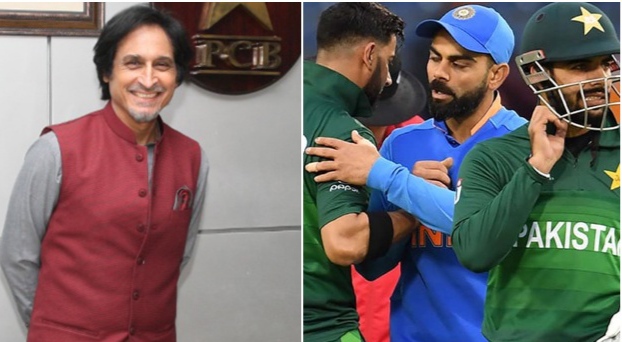