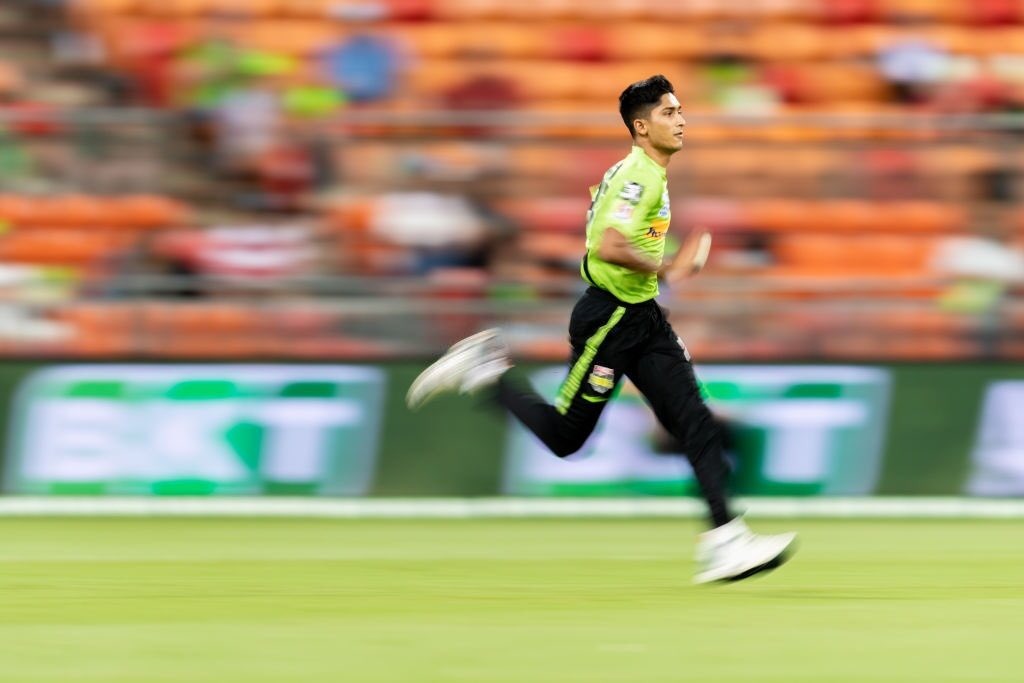 Srinagar, January 18: Pakistan young pacer Mohammad Hasnain has been reported for suspected bowling action in Big Bash League by the umpires in the Australia.

Hasnain is now reportedly to undergo a bowling action Test in Lahore after his short stint with Sydney Thunder.

According to ESPNCricinfo, he will undergo the test at the ICC-accredited biomechanics laboratory in Lahore this evening. The 21-year-old was also accused of ‘chucking’ in his last game against Sydney Sixers.

Hasnain came in as a replacement for English quick Saqib Mahmood and took 4 for 22 in his debut. In the five games he played, Hasnain conceded runs at just 6.00 per over while taking seven wickets at an average of 15.71.