Pakistan return to Test cricket against Zimbabwe on Thursday 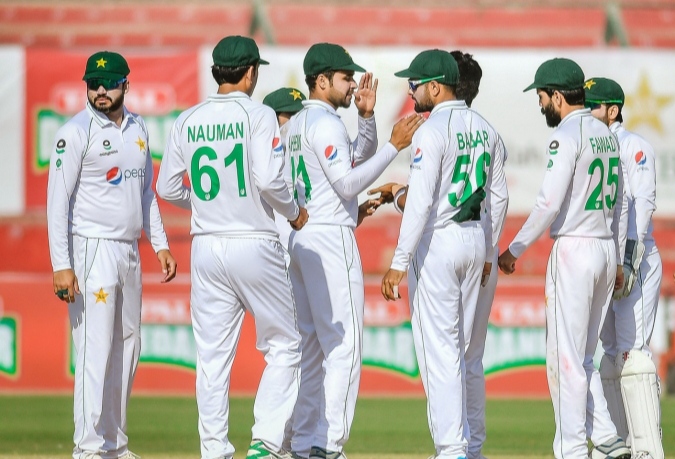 Harare, April 28: Pakistan men’s cricket team will return in their white kits when they take on Zimbabwe in the first Test match at the Harare Sports Club in Harare from April 29. The second and final Test match of the series will be played at the same venue from May 7.

Babar Azam-led Pakistan who last featured in a two-match series against South Africa at home in January-February this year winning both Test matches by seven wickets and 95 runs respectively would like to repeat the same performances in the forthcoming series.

In the batting department, the visitors will be hoping Fawad Alam and Mohammad Rizwan score big. They scored centuries against South Africa at home. Rizwan, who is having an exceptional 2021 in white ball cricket, will be eyeing for another player-of-the-series award after winning the same in two Test-match series against South Africa.

Pakistan team will be relying on their most experienced batsman Azhar Ali in the two-match Test series to give them a stability in the batting department. Azhar, who has scored 6,417 runs at 42.78 from 85 matches, will be eager to score big against the hosts as Ireland, South Africa and Zimbabwe are the only Test sides against whom he has not scored a century in a career which spans over a decade.

In the bowling department, Hasan Ali and Shaheen Shah Afridi will be roaring to take wickets upfront to help the team win series. Hasan, who was named player-of-the-match for his ten for 114 in the second Test match at Pindi Cricket Stadium, will be looking to improve his Test rankings; he currently sit at 35th spot. His fellow fast bowler, Shaheen, who took seven wickets in the two-match series, will also be looking to improve his 33 spot in the ICC Test rankings, when he takes the field at the Harare Sports Club for the first Test match.

On the ICC Test rankings, Pakistan after beating South Africa 2-0 at home earlier this year are positioned at number five with 90 points. India is leading the table with 120 points followed by New Zealand (118), Australia (113) and England (106).

If Pakistan win both Test matches against Zimbabwe, they will gain one point and keep their fifth position intact with 91 points. If they win the series 1-0, they will lose a point which will take them down to sixth spot behind South Africa on equal 89 points. Drawing the series 1-1, will demote Pakistan to sixth spot and losing them five points to 85.

For Zimbabwe, who are currently at tenth spot with 29 points, winning the series 2-0 will give them 19 points and narrow their distance with ninth spot Bangladesh to three points.

On the head-to-head chart, Pakistan and Zimbabwe since 1993-1994 have featured in eight Test series. Zimbabwe till date has won only one Test series against Pakistan and that in Pakistan in 1998, where they won the three-match Test series 1-0, winning the first Test match of the series at Arbab Niaz Stadium in Peshawar by seven wickets.

The last time Pakistan visited Zimbabwe was in 2013, where the two-match series was drawn 1-1. Interestedly, Misbah-ul-Haq and Younis Khan who are now head coach and batting coach of the team were part of the tour as captain and most senior player, respectively. Younis remained top run-getter in the series with 309 runs, his unbeaten 200 in the second innings of the first Test match helped his side to a 221-run win over the hosts. Misbah with 217 runs at 72.33 was the second amongst the top run-getters of the series. ( Courtesy PCB)