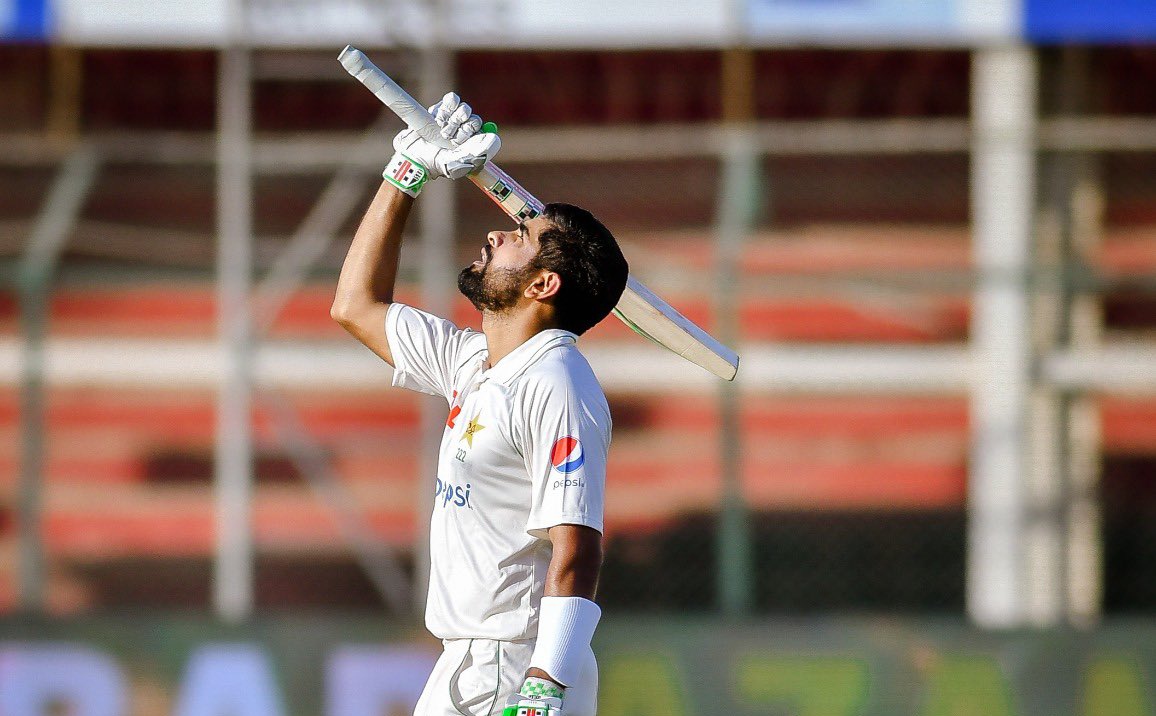 Karachi, March 15: Babar Azam and Abdullah Shafique’s unbeaten 171-run stand has led Pakistan’s inspiring fightback in the ongoing second Test against Australia in Karachi. Can they build on it further to script history?

Babar Azam registered his sixth Test hundred, while Abdullah Shafique is steadily progressing towards his second to lead Pakistan’s fourth innings charge in Karachi. The hosts were 192/2 at the end of fourth day’s play, 314 away from a mountainous 506-run target.

Australia resumed the day on 81/1, and carried on until Marnus Labuschagne (44) chopped one on while attempting a pull off Shaheen Afridi 25 minutes into the day’s play. The visitors added 16 runs in 5.2 overs to declare their second innings at 97/2, with first-innings centurion Usman Khawaja unbeaten on 44.

In reply, Pakistan openers Abdullah Shafique and Imam-ul-Haq managed to see through a brief new-ball burst from Mitchell Starc and Pat Cummins, before Australia switched to spin in just the fifth over. The move worked instantly as Nathan Lyon dismissed Imam for the second time in the Test, this time leg-before with one that straightened through with the angle.

Lyon and Mitchell Swepson generated turn and extra bounce for the next 14 overs, with occasional ones keeping low. However, Shafique and Azhar Ali remained solid as Pakistan stood at 18/1 from 21 overs at lunch.

Australia had a lucky break immediately in the afternoon session, with Azhar being adjudged leg-before to a Cameron Green delivery that kept low from back of a length. Pakistan’s No.3 contemplated on a review but went against it, perhaps due to one used up by Imam already. Much to his disappointment, replays indicated the ball had gently rubbed his gloves before striking the thigh.

The visitors could’ve got another within 30 minutes, had Steve Smith not spilled a relatively straightforward chance at first slip off a Pat Cummins delivery to give Shafique a reprieve. The opener, 20 at that point, escaped from being runout for the second time in the game when on 33, as Green missed a direct hit at the non-striker’s end from mid-on after the former scampered for a misjudged single.

At the other end, it was all about Babar Azam, who raced to 47 without much fuss by tea, striking seven fours. Cummins was pulled twice over mid-wicket for four, while Lyon and Swepson were punished square of the wicket for missing their lengths. Pakistan scored 86 from 27 overs in the session and were 104/2.

A push to cover off Lyon in the second over post-tea got Babar his 20th Test fifty. Shafique followed the suit not long after with a late cut towards the third man region.

Australia had Starc bowling in short bursts, perhaps to extract some reverse swing, while Swepson operated from round the wicket to try and sneak through the batters’ defense from outside the leg stump. None could succeed, as the partnership flourished past 150.

Babar kept the scoreboard ticking, with customary crisply timed strokes in between. And a top-edged sweep off Mitchell Swepson late in the day got him to the three-figure milestone, his first in Tests since February 2020.

The pair added another 88 in the final session, with the skipper and Shafique returning unbeaten at 102 and 71 respectively at stumps.

The longest Pakistan have ever batted in the fourth innings of a Test was 145 overs against the same opponents in Brisbane in 2016, when they fell short by 39 runs in a 490-run chase. Shafique and Babar are progressing well to better that effort, and perhaps even alter the result. To achieve that, they’ll have to extend their brilliance on day five, and hope for enough support from the rest of the line-up.

As for Australia, they might just be one breakthrough away, given the quality of their attack and a challenging fifth-day surface.