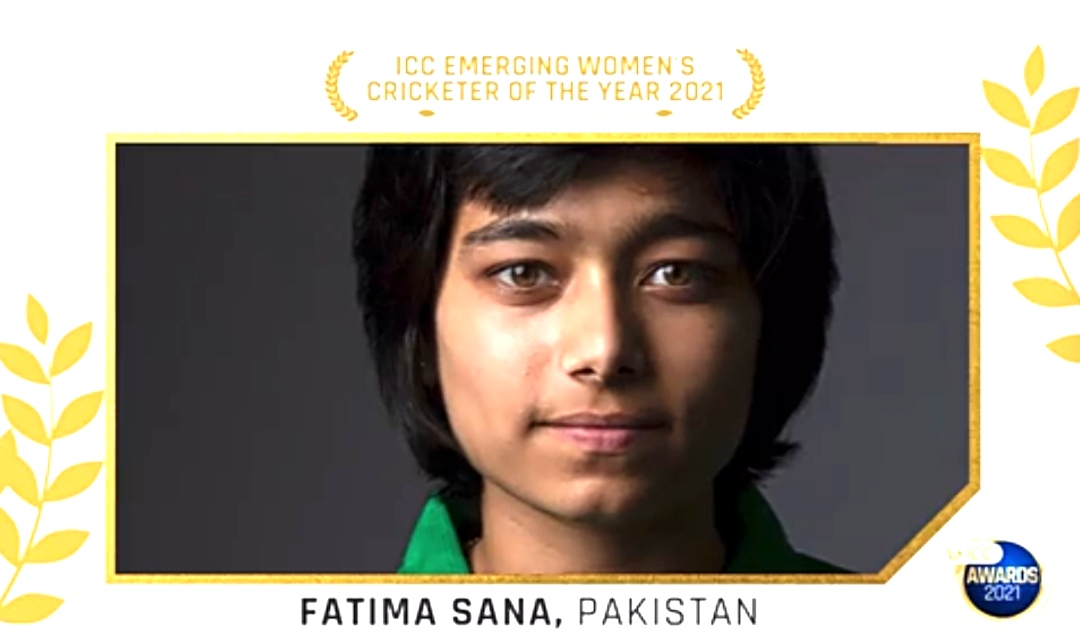 Impressing with both the bat and the ball — the ICC Women’s Emerging Cricketer of the Year had a great run in 2021.

The Year that was
20-year-old Pakistani pacer Fatima Sana impressed one and all with her all-round efforts in 2021. She became an integral part of Pakistan’s ODI and T20I side owing to her wicket-taking ability as a bowler, and ability to add handy runs down the order at the same time.

Apart from playing at home, Sana also toured Bangladesh, West Indies, South Africa and Zimbabwe, and delivered impressive all-round performances everywhere. In fact, 18 of her 24 wickets in the year came in the 11 matches she played against the West Indies. Sana showed a lot of heart against the attacking West Indies batters and succeeded in keeping them at bay.

Sana has shown good power and range as a lower-order batter too. Batting at No.8, she has registered impressive scores of 28, 22 and 17* against strong sides like West Indies, South Africa and Zimbabwe respectively.

Memorable Performance
Sana’s most memorable performance was witnessed in the Caribbean in July as she claimed her maiden five-for in ODIs and also played an attacking knock of 28* to power Pakistan to a 22-run win (D/L Method).

Pakistan had already lost the series going into this ODI but this win served as a great confidence-booster for the team and the young Sana as well. With the bat, Sana added vital runs in the slog overs. As a bowler, she claimed the big wickets of Deandra Dottin and Britney Cooper with the new ball and then came back at the death to clean up the tail, thus registering bowling figures of 5/39.