The Pakistan Cricket Board (PCB) on Thursday dismissed “erroneous” local media reports that claimed there were no transportation arrangements made for the women’s cricket team upon their return to the country after the ICC Women’s World Cup 2017 hosted by England. 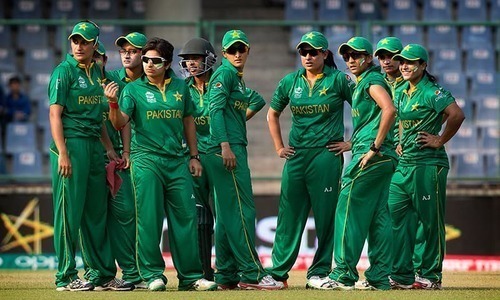 A local newspaper reported that there had been no PCB officials present to receive the cricket team upon arrival, “nor was there any transport facility available for them”.

The PCB in a handout today said that “as per the usual practice all logistical arrangements were made for the national women’s team on their arrival from England”.

The arrangements included a bus that was “ready to take the players to the National Cricket Academy and from there to their homes if needed”.

“Some of the players… opted to return home through their own transport with their families after seeking due permission from the team manager,” the statement added.
PCB officials from the women’s wing were also present to facilitate the players and team management, the PCB said.

The national women’s team ended their World Cup campaign last week after suffering a 15-run defeat at the hands of the struggling Sri Lankans. Overall, this was their seventh straight defeat in the prestigious event.

The Sana Mir-led side also finished as the only outfit in the tournament to be defeated in all fixtures they played. Mir is likely to lose captaincy as well as her place in the team, a source in the PCB told APP on Monday.

The source added that 25-year-old Bismah Maroof, who is Pakistan’s second-most experienced player in ODIs after Sana, is likely to be the next choice for the board to lead the national team.

Maroof was ruled out of the Women’s World Cup due to a hand injury in Pakistan’s match against England early in the tournament.