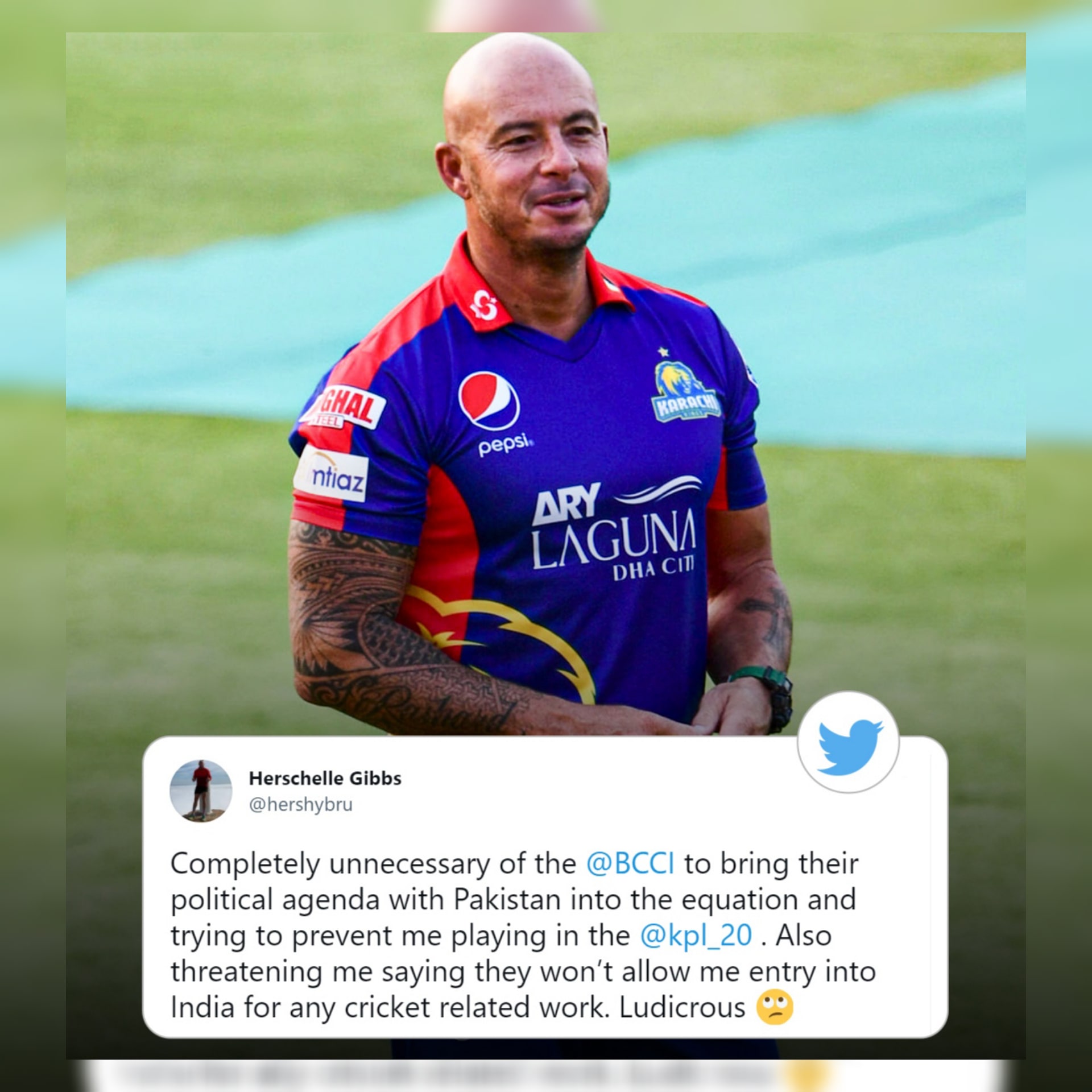 Srinagar, 31 July 2021: Below Article is the indepth report published by ESPNcricinfo.com regarding current issue between BCCI and PCB over contentious Kashmir Premier League T20.

While , PCB issued a statement regarding the matter after format South Africa opener Herschelle Gibbs said he is being threatened by BCCI .

The PCB has expressed its displeasure over reports that the BCCI called ICC Full Members in a bid to prevent retired players from those countries from appearing in the Kashmir Premier League (KPL), a new T20 tournament set to take place in Pakistan in August. The PCB said it was a breach of “international norms and the spirit of the gentleman’s game by interfering in internal affairs of cricket boards.”

The PCB was reacting to a tweet from Herschelle Gibbs – who is expected to play in the league – who said: “Completely unnecessary of the BCCI to bring their political agenda with Pakistan into the equation and trying to prevent me playing in the KPL20. Also threatening me saying they won’t allow me entry into India for any cricket related work. Ludicrous.”

The KPL is a six-team franchise model league, run by private businessmen, but with clearances from the Pakistan government and crucially, approved by the PCB.

The tournament will be played at the Muzaffarabad cricket stadium in Pakistan-administered Kashmir, scheduled to start on August 6 with the final on August 17. Each team is named after the cities in the region – Kotli, Bagh, Mirpur, Rawalakot, Muzaffarabad and one team of overseas players – and the squads were selected through a draft process last month. According to a release by the organisers, Shahid Afridi, Shoaib Malik, Imad Wasim, Mohammad Hafeez, Fakhar Zaman and Shadab Khan will be captains of the sides.

A raft of retired foreign players had been signed up to play according to organisers, including Monty Panesar, Matt Prior, Phil Mustard, Tino Best, Tillakaratne Dilshan and Gibbs. But a player agent in England informed the KPL management that the BCCI had called up the ECB and Cricket South Africa and told them to withdraw their players from the league, otherwise those players would not be able to work in India.

Kashmir has been the central focus of the dispute – as well as the cause of several wars – between India and Pakistan from the moment India gained independence and Pakistan was created in 1947. Both countries control part of the region but govern it separately. Political and diplomatic ties between the two countries have fluctuated over the years, though they are currently strained. Relations between the two boards generally follow on from the political atmosphere at the time.

Several years ago the PCB had mooted the idea of allotting a PSL franchise to Kashmir, though that never materialised.

“The PCB considers that the BCCI has brought the game into disrepute by issuing warnings to multiple ICC Members to stop their retired cricketers from featuring in the Kashmir Premier League, further threatening they will not be allowed entry into India for cricket-related work,” the PCB said in a statement.

“Such conduct from the BCCI is completely unacceptable, against the preamble of the Spirit of Cricket and sets a dangerous precedence, which can neither be tolerated nor ignored. The PCB will raise this matter at the appropriate ICC forum and also reserves the right to take any further action that is available to us within the ICC charter.”

The BCCI has been approached for comment but has not yet replied.