Srinagar, October 14: The eighth match of the Pele of Kashmir Tourney between Kashmir United FC & Safaloo FC ended in draw on Thursday.

Both the teams played aggressive football but no one was able to score till the final whistle blew. Thus the match ended with 0:0 draw.

The tournament is being organized by Player Welfare Forum Iddgah in collaboration with J&K Football Association. 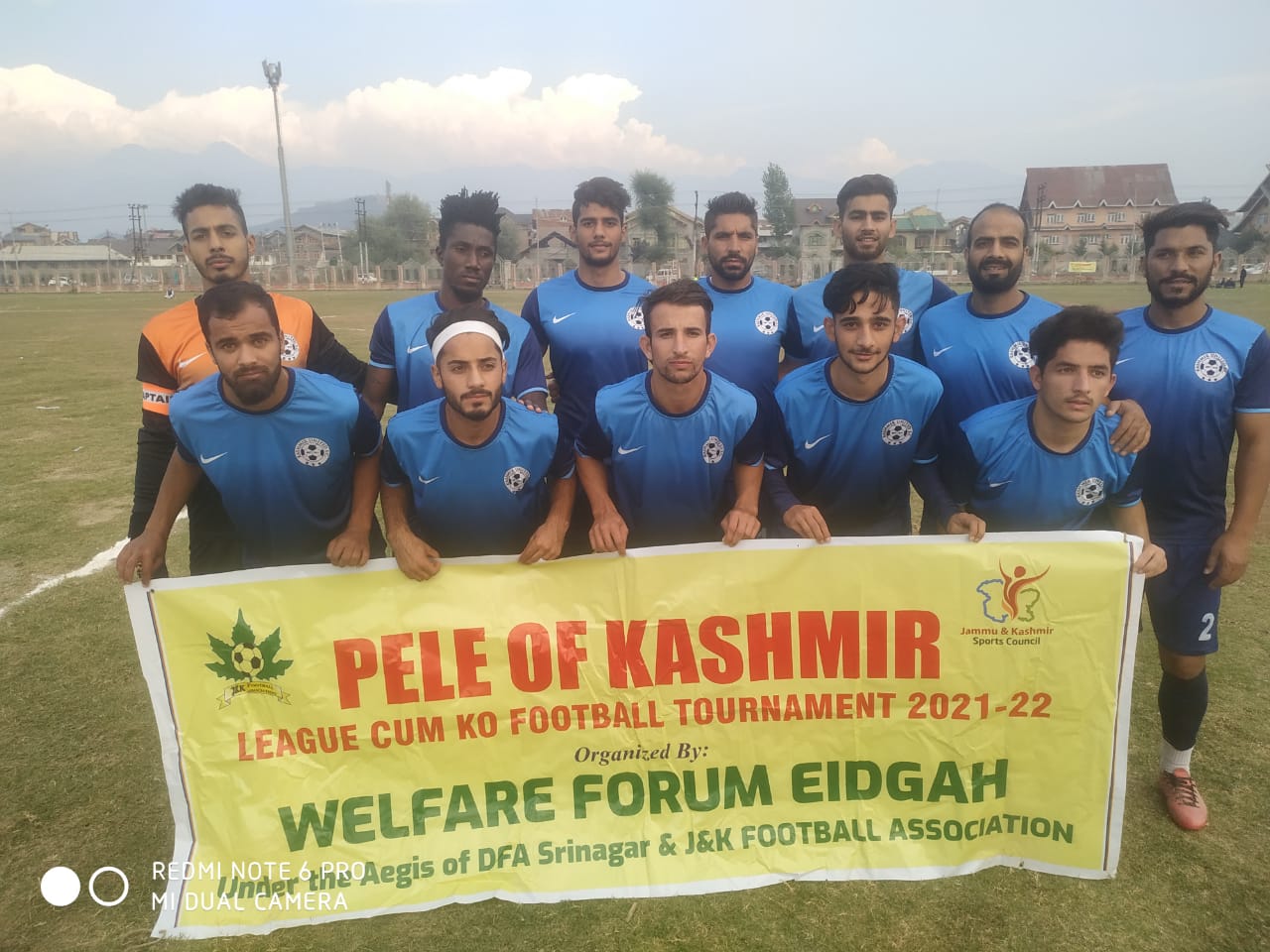