The match was played between Etihad FC Nowgam and Shahr-e-Khaas FC. First half both teams played to a goalless draw. In the 2nd half Saqib of Shahr-e-Khaas FC scored an important goal for his team. Etihad Fc tried hard to equalize but failed to find the net. Thus Shahr-e-Khaas FC defeated Etihad Fc by Solitary Goal.

This Tournament is being held in the Memory of late Farooq Ahmad Bhat, a former footballer of J&K who was known as Pele of Kashmir.

The tournament is being organized by Player Welfare Forum Iddgah in collaboration with J&K Football Association. 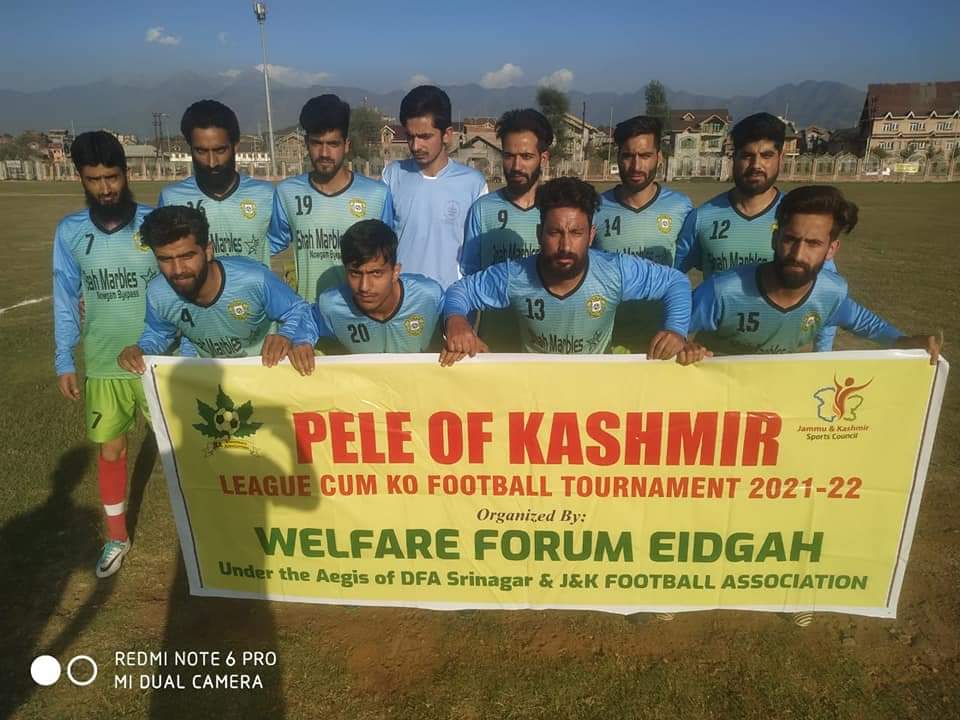